A story that started with horrific animal abuse now has a heart-warming ending. Five months ago, someone threw a young yellow-Lab puppy off an overpass in Aurora, Colorado, and she plummeted onto the highway below, severely tearing the ACL on one of her legs and breaking her canine tooth on impact. As if that weren’t bad enough, she was very nearly run over by five different cars. Luckily, she survived and was brought to Alameda East Veterinary Hospital, where she was treated for. . .

Welcome to another edition of the OrvisNews.com Friday Film Festival, in which we scour the Web for the best fly-fishing footage available. In this week’s collection, we witness the beginning of trout season in New Zealand, which is hopefully the harbinger of many great videos to come over the next six months. We’ve also got great steelhead action from Oregon, big-river cohos on the Skeena, and excellent saltwater. . .

So there I was, bored to death by Monday Night Football (Jets v. Dolphins was a total snoozefest) when one of those funny ESPN commercials came on. You know it’s a crappy game when you sit up in your chair for a commercial. Halfway through the fake-archaeologist sketch, I thought, “Hey, I know those hats.” Sure enough, I saw this email the next day from the guys at Orvis New York: . . .

Check out our new commercial featuring Betty White trying to get her dog on the cover of the Orvis Dog Catalog!

It’s a nightmare scenario that’s been the subject of many books and movies, but this time it’s a dog that has been taken and is being held for ransom. According to a woman from Woodland, Washington, her English bulldog named Jagger disappeared on October 4th, and she has received texts from the “dognappers” demanding cash and prescription drugs. As if these criminals. . .

Test your knowledge of basic fly-casting techniques by taking our seven-question quiz. You’ll be asked about casting mechanics, the best ways to practice, and the best methods to achieve certain objectives. Post your score in the comments below to become eligible for our giveaway: One lucky commenter, chosen at random, will win a signed copy of Tom’s recent book The Orvis Guide to Small Stream Fly Fishing, a great resource for anyone who enjoys chasing trout in mountain or meadow streams. Good luck!

After writing earlier today about the gross mistreatment of dogs at the hands of an uncaring human being, it is nice to report on this great story out of Wisconsin where firefighters saved a dog’s life and the cat’s life, too.

This story is simply unfathomable.  A Chicago-area woman has been sentenced to two and a half years of “periodic” prison time and probation for the torture and death of at least 14 dogs in her care. Many starved to death and were left to rot.

A jury heard evidence that Eldrup allowed 14 dogs to die of starvation and dehydration while they were under her care at the Deer Park animal shelter. Their rotting carcasses were found amidst piles of moldy feces, and near empty food and water bowls.

Evidence was presented at Tuesday’s sentencing hearing that an additional eight to 10 carcasses were found at Muddy Paws after the snow melted. The 14 dead dogs and four live dogs were found Dec. 16, 2010, according to prosecutors Suzanne Willett, Michael Mermel and Raquel Robles-Eschbach.

“The defendant has been hiding and killing dogs far longer than the evidence of trial. The state is asking for a prison sentence. She starved them to death. She prolonged their suffering,” Willett said. “This was a torture camp for animals and she was a prison guard.”

Read the rest of the story here.

What do YOU think? Does the punishment fit the crime? Let us know by clicking here and leaving a note in the comments. 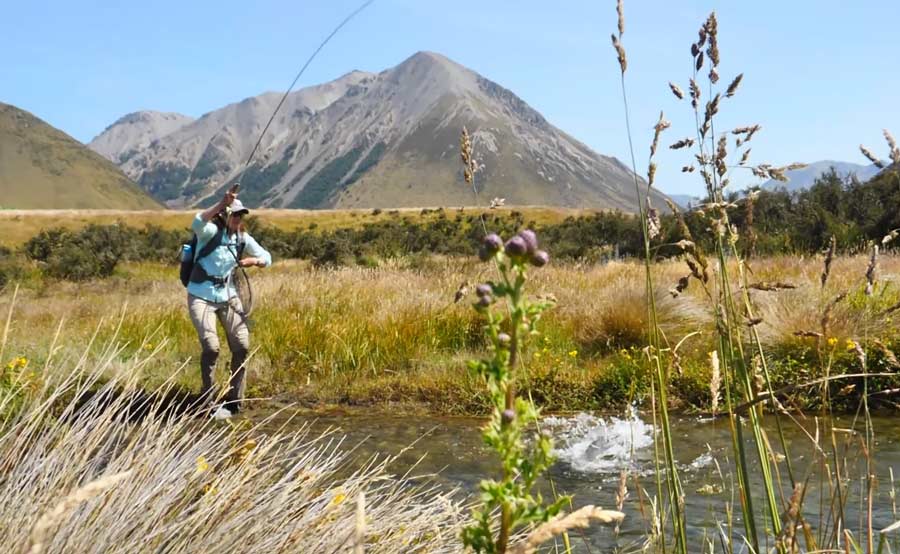 Big trout love holding against undercut banks, which offer protection from predators and strong currents plus easy access to a steady supply of food. ...