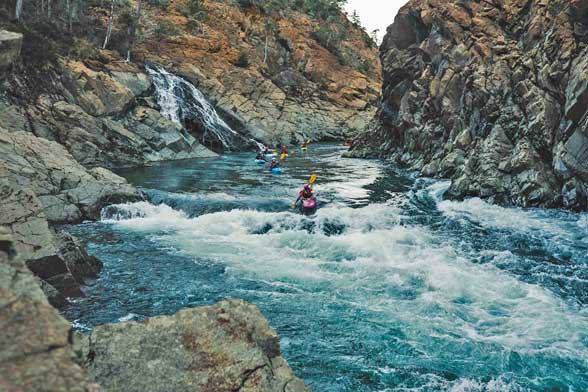 Kayaking on the North Fork of the Smith River.
Photo by Nate Wilson

My passion for Southwest Oregon’s rugged and remote Kalmiopsis Country began with kayak trips down California’s North Fork of the Smith River, whose headwaters begin in the Kalmiopsis. The reddish-brown rocks of its Redwall Canyon seem harsh from a distance, but once seen up-close, you too would be smitten by the beautiful waterfalls and unique plants. It’s this mythical spell that keeps kayakers coming back to this famed wild river. 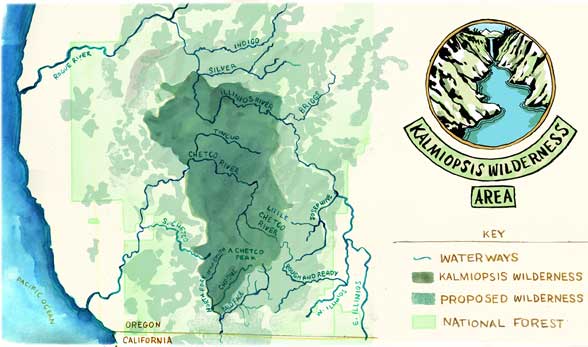 A little to the north in Oregon, the Rogue, Chetco and Illinois Rivers are also spellbinding, but retain their own unique charm due to the surrounding lush forests and serpentine rocks that lend these rivers a mesmerizing blue-green hue. These rivers are legendary among river runners for their big rapids, clear water, and remote locations.

It was during exploratory trips down Rough and Ready Creek and Baldface Creek that I once again encountered the stark yet botanically rich serpentine terrain found in the North Fork of the Smith River’s Redwall Canyon. I’ve felt myself drawn back to these creeks again and again, and earlier this year, I headed out to explore some of the areas that could be forever changed if current attempts to develop nickel strip mines are successful. 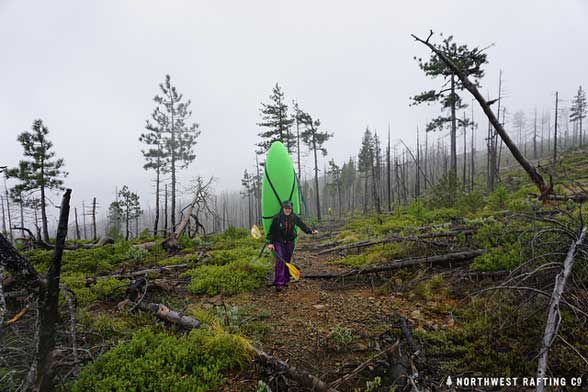 Like all paddling trips in the remote and rugged Kalmiopsis Country, just getting to the river is an enormous task. We started by hiking seven miles, with kayaks and overnight gear, up the ridge that separates Rough and Ready Creek and Baldface Creek to where we camped at a small spring for the night.

Had we hiked west a couple miles down to Baldface Creek from this broad stoney ridge, we would have joined up with Oregon’s half of the famed North Fork of the Smith River. But instead we headed east towards Rough and Ready Creek, which would eventually lead us to the upper West Fork of the Illinois River. After exploring some pretty side creeks full of Port Orford cedar and Darlingtonia californica (a type of pitcher plant), it was another grueling three miles to a campsite that overlooked the confluence of the North and South Forks of Rough and Ready Creek. 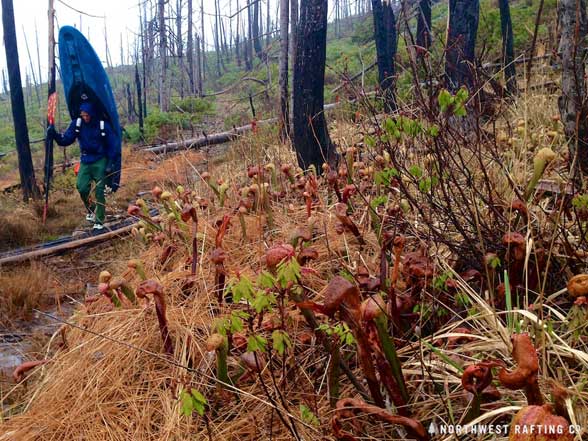 A Darlingtonia californica fen in the upper reaches of Rough and Ready Creek.
Photo by Zach Collier

The following morning we carried our boats down to the North Fork of Rough and Ready Creek where we put-in our kayaks close to where the nickel strip mines are proposed. We paddled the creek’s Class III and IV rapids with absolute glee. As we headed down to the confluence with the South Fork of Rough and Ready Creek, we tried not to imagine how the proposed mining would devastate the stunning landscape and thriving ecosystem that nature has spent countless years perfecting. We continued down through the presently pristine water to meet the West Fork of the Illinois River.

Both Baldface Creek and Rough and Ready Creek are not well-known because of their remote locales and challenging access, but it’s because of these legendary qualities that they are in desperate need of champions. The threats posed by large-scale nickel mining would drastically harm both of these creeks as well as the rivers they feed downstream (Illinois, Rogue and Smith). 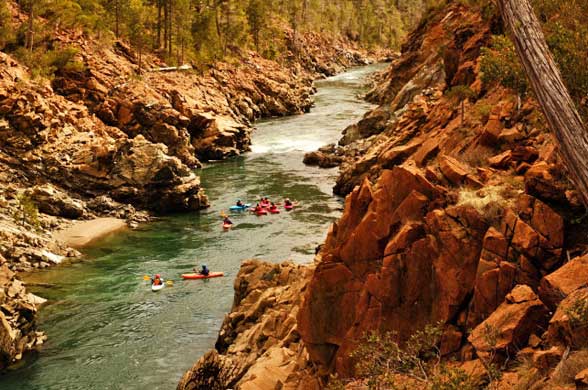 Will you join me and be a champion of these uniquely special creeks?

Today, you can take action to help save the Rogue, Illinois and Smith rivers in Oregon and California! Please sign this petition to tell the Bureau of Land Management to protect this special place from mining.