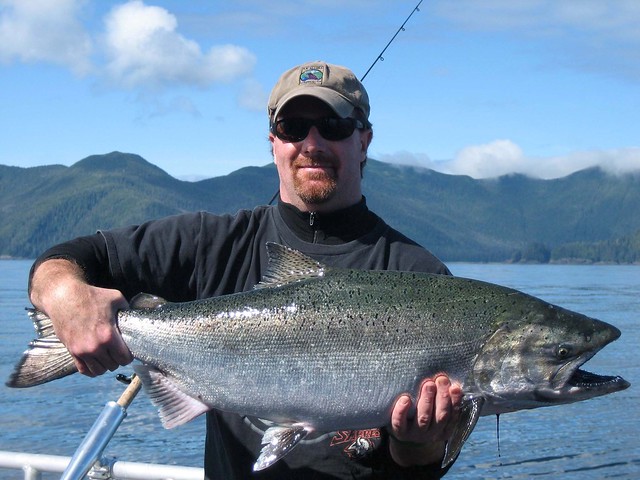 As director of Trout Unlimited’s Alaska Program, Tim Bristol has been on the front
lines of the fight against the proposed Pebble Mine.
photo courtesy Tim Bristol

In light of last week’s decision by the EPA to assess the potential impacts of large-scale development on the Bristol Bay watershed, I asked Trout Unlimited’s Alaska Program director, Tim Bristol (no relation to the bay of the same name), if he wouldn’t mind answering a few questions.

1. Can you give us a brief overview of where the Pebble Project right now? What is the Pebble Partnership doing?

Pebble is claiming to still be in the pre-permitting phase; they have yet to file for permits. At the same time, they continue to give presentations on the the tremendous size of the ore body, with recent estimates saying Pebble could generate up to 9 billion tons of waste rock. So, at this time, we continue to point to plans submitted to the State in 2006, which outlined what a mine will likely look like.

2. What is the next big decision (regulatory, permitting, etc.) that interested parties can expect?

The recent announcement from the EPA is a great first step toward protecting Bristol Bay from the dangers of Pebble Mine. We are pleased the EPA is doing the right thing by starting a public process and gathering scientific data about how mining would have an impact on the health and environment of Bristol Bay.

The proposed Pebble Mine could mean the devastation of a 40,000-square-mile wetland— about the same size as Kentucky. Mining in Bristol Bay also puts at risk the world’s largest sockeye salmon run, as well as the thousands of jobs associated with this $450 million-a-year fishery.

In 2010, nine federally-recognized Bristol Bay tribes petitioned the EPA to use its authority under the section 404(c) of the Clean Water Act to protect Bristol Bay. Last week, the EPA responded to this request, and noted that Bristol Bay “may be the last major watershed in North America that produces historic numbers of wild salmon.”

The EPA’s announcement begins a public process to determine the effects of large-scale development in Bristol Bay, primarily in the Nushagak and Kvichak watersheds. The process initiates scientific review, tribal consultation, federal and state agency participation, as well as public and industry input. We’ll await the results of those reviews.

3. What is the current timeline for the project, if everything goes the Pebble Partnership’s way?

We simply do not know. Pebble continues to hide behind the rhetoric of “wait and see.” Very few answers have been provided by the Pebble Partnership. Instead, we receive a steady dose of misleading TV commercials and speeches.

4. What can the average Joe do to help stop Pebble from going forward?

You can take action by contacting the EPA and expressing your support for the process they recently initiated and ask them to use the information they gather to make the right decision and protect Bristol Bay.