Orvis has renewed its partnership with Trout Unlimited to reconnect more than 1,000 miles of fish habitat in streams throughout the United States, as CEO Perk Perkins and Vice Chairman David Perkins announced the company’s 2013 Customer Matching Grants for Conservation. Both organizations share a vision for a sustained, multi-year investment to reconnect 1,000 new miles of fishable streams across the country in the next several years. In 2012, the partners created the Orvis/TU 1,000 Miles Campaign dedicated to repairing or replacing culverts throughout the United States. Outdated, damaged or impassable culverts—the passages that connect streams underneath roadways everywhere—are a major threat to all species of trout and other cold-water fish, often blocking passage to vital upstream spawning habitat. Thousands of culverts around the country need to be replaced or modified.“Compared with dam removal, these relatively low-cost, high impact projects are one of the best investments we can make in trout recovery,” says Trout Unlimited President and CEO Chris Wood. “We are thrilled to partner with Orvis on this ambitious campaign to restore small streams throughout the country.”

For the second year, Orvis has committed $90,000 in funding and a year-long promotional campaign designed to raise an equal amount of funds from its customers, for a total campaign goal of $180,000. Funds raised through the campaign will go toward the engineering and repair or replacement of culverts and will provide the necessary private matching funds needed to secure additional public funding.

“Perhaps because of their small scale, culverts tend not to command the enthusiasm or attention of much larger conservation projects. They’re just not that sexy,” says Orvis Vice Chairman David Perkins. “But dollar for dollar, repairing or replacing an impassable culvert is one of the best conservation investments we can make. Not only does it help trout access vital habitat, but also it opens up many miles of new, fishable water for those who love fishing small streams. The range and scope of our campaign, which funds approximately 10 projects across the U.S. every year, allows us to make a measurable difference in increasing pristine fish habitat and fishable streams for anglers nationwide.”

In its first two years, the campaign stands to raise more than $300,000 to fund approximately twenty culvert projects. In 2012, projects were completed on Vermont’s Murphy Brook and New Hampshire’s Tabor Brook, both tributaries of the Connecticut River. Three more culverts were completed on Crazy Creek and Mabel Creek in Oregon, and Fish Haven Creek in Idaho. Additional projects are set to start this spring in Maine, New Hampshire, Massachusetts, Virginia, Wisconsin, and Idaho.

Approximately ten additional projects will be funded in 2013. In addition to its financial support, Orvis will promote the campaign in its catalogs and stores and on its website and social media, to enlist the support of its customers.

Orvis commits 5% of its pre-tax profits to protecting nature each year. Its annual Customer Matching Grants are the cornerstone of the company’s philanthropic program, which this year will contribute more than $1 million in cash and in-kind donations to protect nature, support communities and advance canine health and well-being. This year, Orvis has also awarded a $50,000 Matching Grant to Trout Unlimited’s “Save Bristol Bay” campaign to stop the proposed Pebble Mine in Alaska, which would be the largest open pit gold and copper mine in the U.S. and would threaten the region’s salmon fishery, the lifeblood of the region’s ecosystem and economy. Orvis has also awarded grants to support canine well-being, with a $60,000 pledge to Petfinder Foundation to support dog rescue shelters and adoptions, as well as its first-ever matching grant in the UK to the Battersea Shelter Working Dogs Program.

Details of this and past year’s initiatives can be seen at www.orvis.com/commitment. 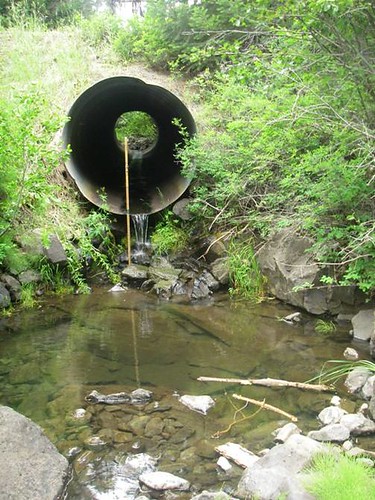