Sometimes, we are left with a mess. I was recently talking to Charles, one of the landowners involved in our Fish Creek Reconnection project in Utah’s Weber River Basin. He was telling me about how his family was left with a serious problem.

“People kept telling me that we needed to do something about this,” he said, “but we didn’t have the resources to fix it. Besides, we wouldn’t know where to start anyway!”

What was the problem? A culvert. 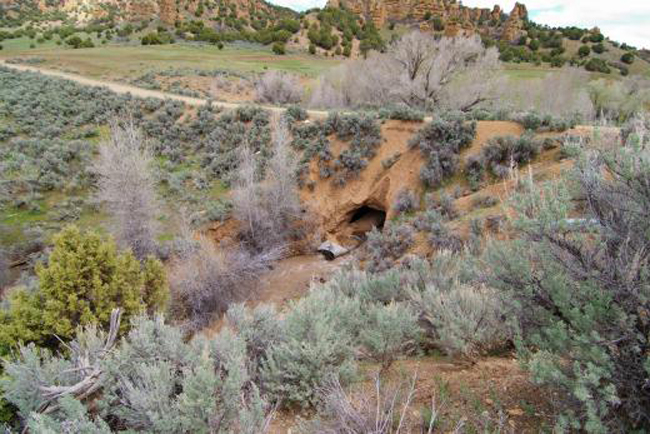 The Fish Creek culvert before complete failure in 2010.

Not just a culvert, but over 100 feet of failing culvert with more than thirty-five feet of road fill on top of it. In addition to that, the creek downstream of the culvert had down cut approximately six feet. Even if they were able to move all that material and pull out the culvert, it still would have released a headcut to move up Fish Creek.

Fish Creek is one of the primary tributaries to Chalk Creek in the Weber River Basin. And Chalk Creek is important if you’re a Bonneville cutthroat trout. This stream and its tributaries, such as Fish Creek, support one of the last remaining Bonneville cutthroat trout strongholds, largely because habitat is in good shape and the system is almost entirely free of nonnative fish. 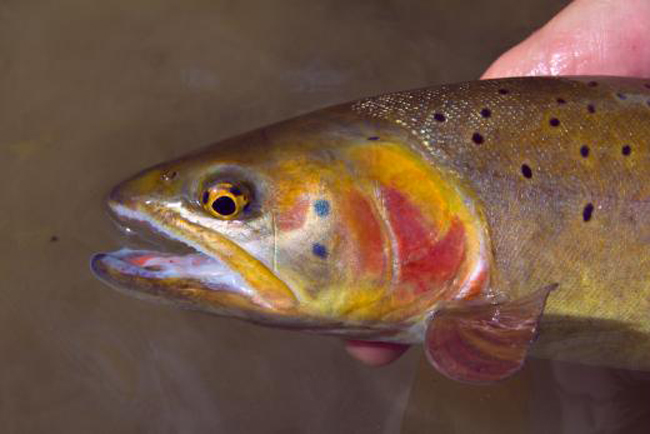 After becoming aware of this culvert, TU staff reached out to the landowners in 2011. Unfortunately, by that time, the culvert was well on its way to complete failure. The floodwaters during the massive 2011 spring runoff event undermined the culvert, and sadly much of the road fill fell into Fish Creek. Nevertheless, even after the failure, the challenges were just as daunting. The road provided ranch access to several landowners and one single section of culvert remained in place to hold the six-foot headcut in place.

A panoramic view of the culvert failure in 2011.

In cooperation with the landowners and a broad partnership that included Orvis, TU developed the Fish Creek restoration project with three primary goals in mind:

But the clock was ticking. By the time we removed the culvert during March of 2014, very little soil was holding it in place. One more season of spring runoff would have allowed the headcut to continue moving upstream farther into the Fish Creek watershed, contributing more sediment to Chalk Creek and degrading habitat and water quality in the Chalk Creek watershed. After extensive design iterations, we decided on a restoration approach that included four constructed riffles to step the stream down six feet over approximately 500 feet. This natural channel design restored the connection between Fish Creek and the South Fork of Chalk Creek. When the culvert was removed last week, it represented a huge victory for the landowners, our watershed and fish living in Chalk Creek. With the removal of this culvert, twenty-two miles of critical tributary habitat was reconnected in the South Fork Chalk Creek watershed. 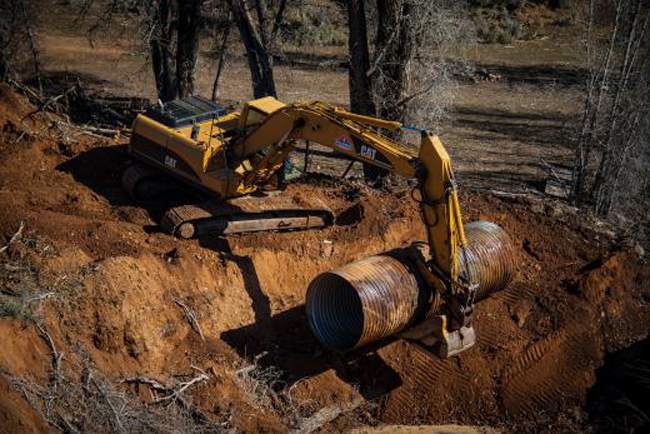 Removing the remaining culvert section, representing a huge victory for our watershed. 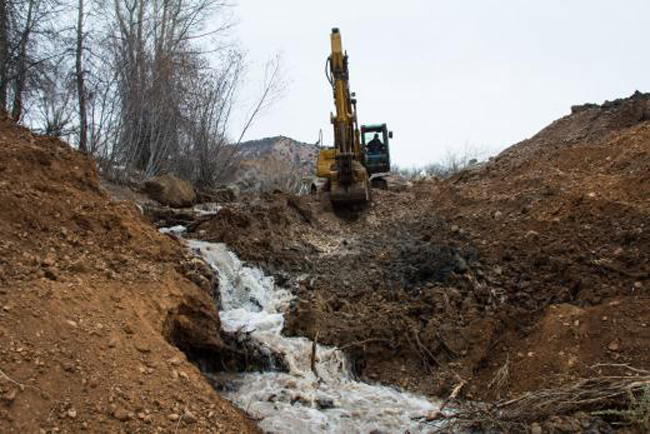 Reconstructing the channel at the location of the old culvert. 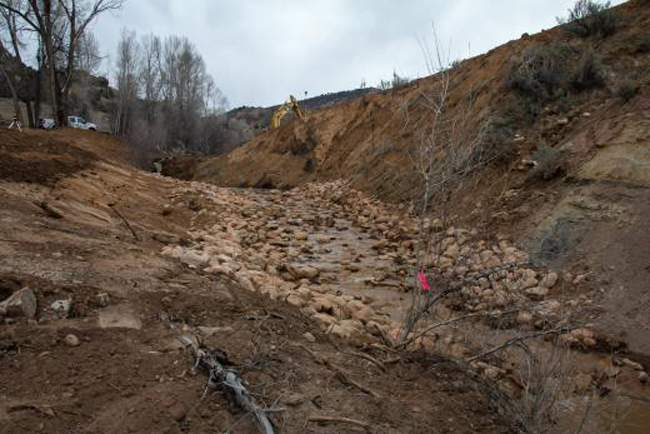 A reconstructed riffle below the old culvert. 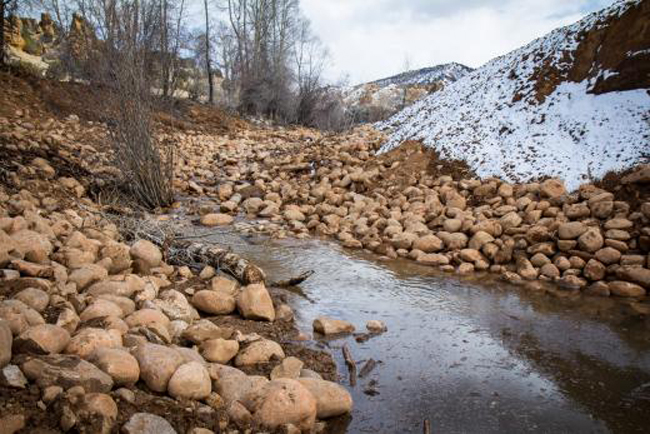 A panoramic view of Fish Creek after the culvert failure in 2011.

A panoramic view of Fish Creek immediately after construction.

Click here to learn more about the Orvis/Tu 1,000 Miles Campaign.

One thought on “Photos: Reconnecting Fish Creek, Part of the Orvis/TU 1,000 Miles Project”