The University of Michigan Solar Car Team knows a thing or two about clean energy and innovative technology. With an impressive seven National Championships under their belt, they have established themselves as North America’s #1 solar car team. In 2011 they participated in The World Solar Challenge in Australia where their car, Quantum, placed third in the world! Check out this amazing and informative video above.

The World Solar Challenge takes place every two years, and so this year the U of M team is preparing to compete again with their latest (and greatest) model, Generation. Last spring the team approached Orvis, requesting a donation of Island Fleece Pullovers for the 25-member crew. The race, which begins on October 6th, covers 1,800 miles from Darwin on the northern coast striaght through the heart of the continent to Adelaide on the southern coast. It’s early spring there, and the folks here at Orvis are pleased to be helping to keep team members snug and warm…not to mention looking great! 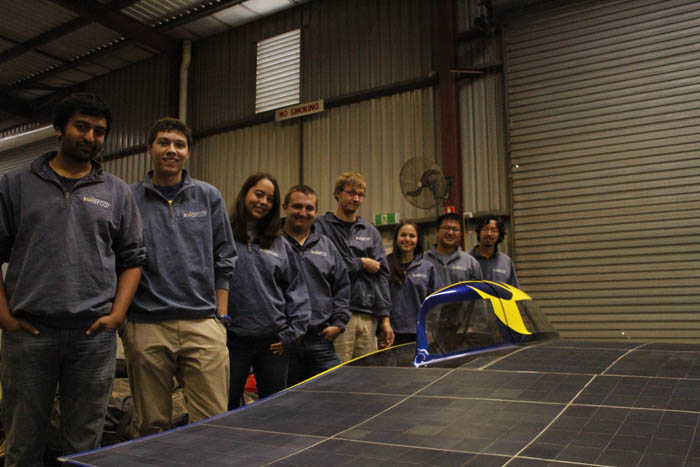 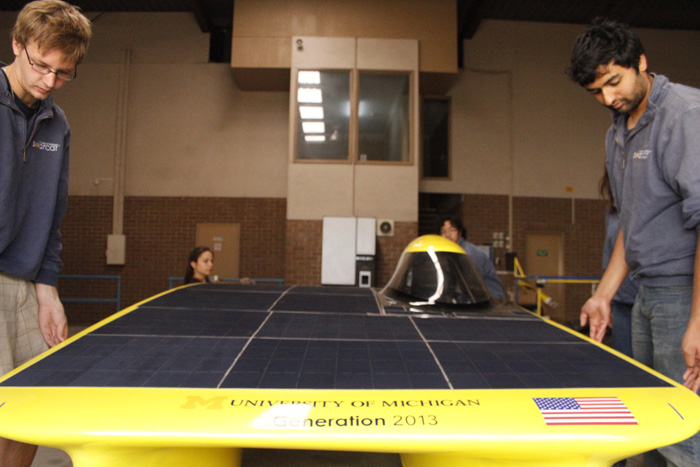 We wish these intrepid young engineers and environmentalists blue skies and plenty of sunshine for their participation in The World Solar Challenge. We’ll post updates as we receive them.

AND THEY’RE OFF!!! Follow the progress of Generation and the University of Michigan Solar Car Team as they travel the length of Australia, seeking to win the World Solar Challenge, starting October 5th:

“I’m sure you have already heard, but we just completed the World Solar Challenge last Friday. Due to a crash at one of the control stops, we finished 9th in the world. While we were hoping for better, we are still proud of ourselves for being able to finish the race under our own power, something many other teams couldn’t do.

“The crash happened on the fourth day when our car was pulling into a control stop. The winds were gusting at 20-30 mph and became so violent, that it pushed the car off the road into a ditch. The car sustained some damage and we had to make repairs overnight. A few other cars were able to pass us and we dropped out of contention for a podium finish. While this was unfortunate, we were very happy to be able to make repairs and finish the race.”

Here at Orvis we were relieved to hear that no one had been injured in the crash. While it may have been a great disappointment to the young men and women who have worked so hard to participate in the World Solar Challenge, in our book, they’re all winners. The research they have done to develop Generation has contributed substantially to our body of knowledge, and will help move solar technology forward in remarkable ways. Orvis is pleased and proud to have been a small part of their success. And look out in 2015!!!