You may have heard about the Obama administration’s America’s Great Outdoors initiative, which argues that

[L]asting conservation solutions should rise from the American people–that the protection of our natural heritage is a non-partisan objective shared by all Americans. AGO recognizes that many of the best ideas come from outside of Washington. Instead of dictating policies, this initiative turns to communities for local, grassroots conservation initiatives. Instead of growing bureaucracy, it calls for reworking inefficient policies and making the Federal Government a better partner with states, tribes, and local communities.

The recent release of the AGO Report and the action plan for its implementation was another major step forward. Both the report and the initiative have both been well received by the hunting and fishing and outdoorrecreation communities, and my good friend Jeff Lazlo recently penned a guest column for New West talking about what AGO means to him.

“I am pleased to see the administration’s emphasis on protecting working landscapes in this report,” wrote Lazlo. The restoration project that Granger Ranches has been working on is a prime example of the collaborative, ground-up approach to conservation being emphasized in the AGO initiative.” 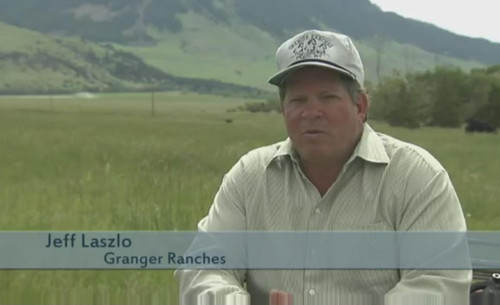 Lazlo is in the process of restoring a large wetlands complex on the family’s ranches in the Madison Valley of Montana. The video above tells the story of not only wetlands restoration, but of how this approach could be the model for other important conservation projects across the country, as well. Read the article, watch the video, and let me know what you think.

Tom Sadler is a conservation consultant and advocate, fly fisherman, outdoor writer, and American Fly Fishing Trade Association board member. He runs the Middle River Group, LLC and blogs at Dispatches from the Middle River.