Dog owners often brag about how “smart” their dogs are, but what do they really mean? Here’s a video that explores that question, comparing canine intelligence to that of other members of the animal kingdom. The findings are quite startling, and they suggest that dogs’ brains may have evolved specifically to relate to humans.

At the center of this view is Chaser, a border collie with an astounding vocabulary. But when host Neil deGrasse Tyson asks to Chaser to actually reason, even he doesn’t know what will happen. It’s a remarkable scene in a video chock-full of fascinating stuff. 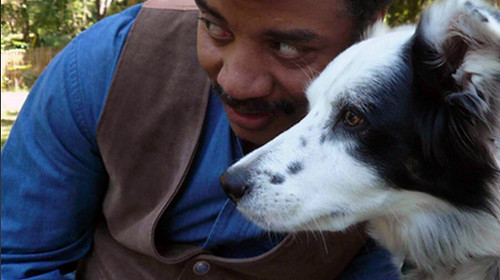 Popular scientist Neil deGrasse Tyson with Chaser, who has a huge vocabulary.
Photo via PBS

One thought on “Video: Amazing Research Shows Just How Smart Dogs Are”