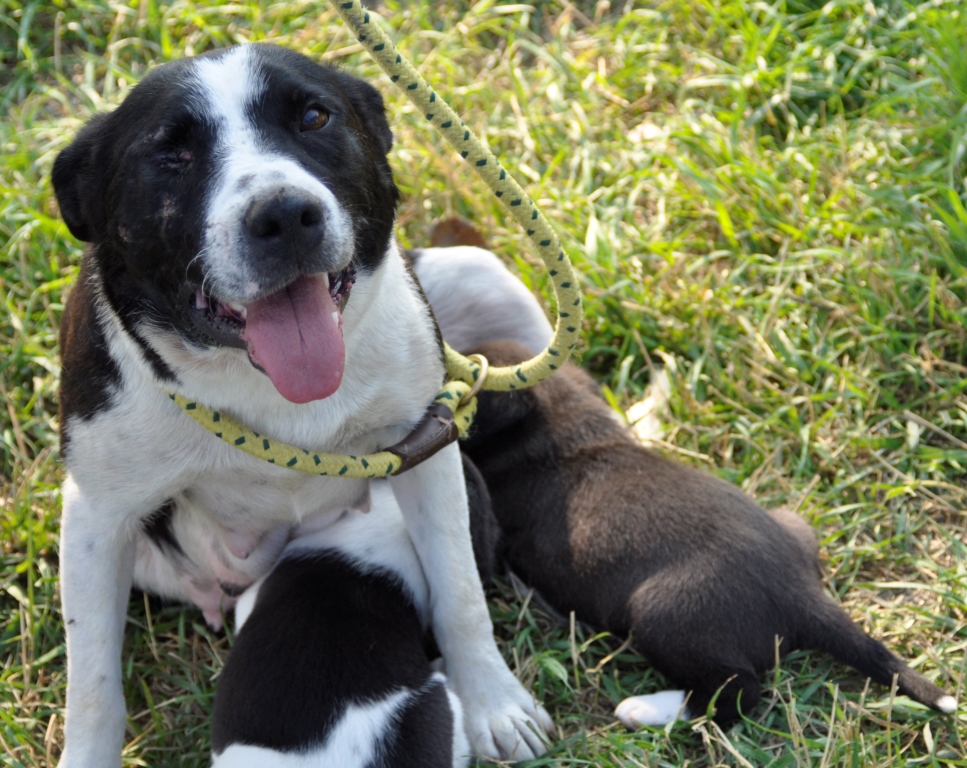 It’s funny how a good mother knows how to follow her instincts. Twain, an abandoned mixed-breed, showed up at RezQ Dogs in Fort Belknap, Montana, looking for help. Here’s her story:

Anita’s heart sank when she saw the dog. Another dog that was going to need eye surgery. Another dog with more puppies. Knowing how full the kennels at RezQ Dogs were, it was daunting, but it would be done. It took some looking to find the obviously nursing mother dog’s puppies, but they were located under the porch of a nearby home. No dog house, no bowls, just a dirty area in which to raise her puppies. It is often that way in an economically depressed area, where there is little money to spare.

Upon further looking, we found that one of her pups from last year was still with her, and she also had a litter of puppies. The younger mom was nowhere to be found. Since the young mother was feral, it was decided that, rather than leaving her four daughters to grow up feral and unadoptable, they would also be brought to RezQ Dogs. It was hoped that their grandmother would raise them.

Twain was brought to RezQ Dogs and placed in a chain-link kennel. . .for about five minutes. We soon found that her love of affection was so strong that she would easily escape her kennel just to be with us. She never once attempted to run away but would only get out of the kennel to be closer to us. Twain proved to be an absolute sweetheart, even though, due to the porcupine quills her previous owners had left her injured with, her pain must have been immense.

After multiple trips, the veterinarian determined that due to her injuries her eye had collapsed and had to be removed. Twain seemed undaunted. Over time, with good food and much-needed medical attention, Twain grew into a beautiful loving friend. This was despite the fact that she had not only her four puppies to feed but was also feeding her daughter’s litter. And she loved them all, even the puppies belonging to the dogs in the kennels next to her. It became a common sight to see her licking and playing with all of the puppies she could.

Twain is the true definition of a good mother, caring not only for her children but for all children.

Her puppies grew up and were adopted. As of yet, Twain is still in foster care, but we are sure there is a plan for her. A very special mother deserves a special home.

The story of Twain and her puppies has a happy ending thanks to Orvis’ support of the Petfinder Foundation. Click on the link to find out how you can help us share more happy tails! 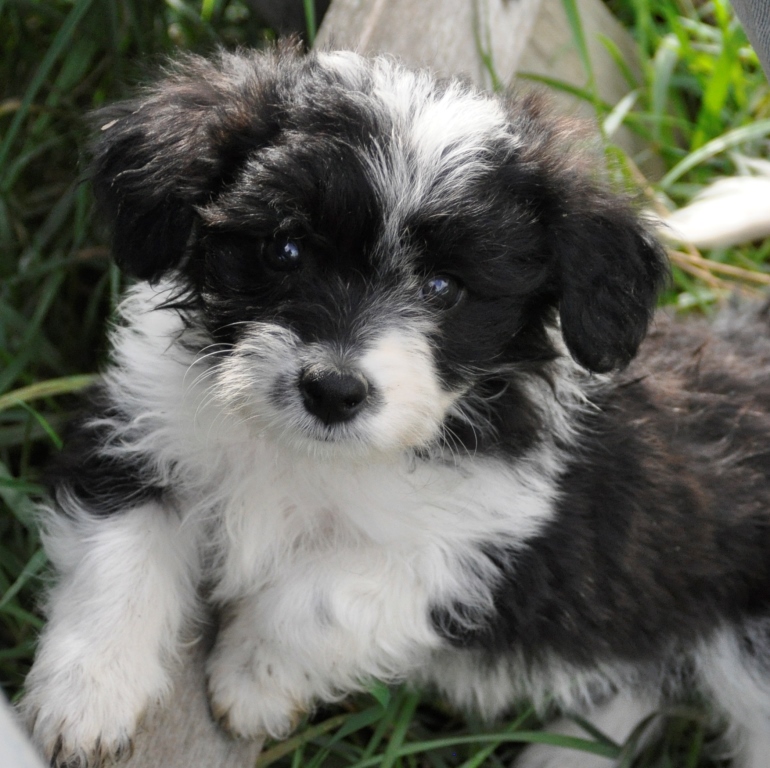 Thatcher, one of Twain’s adorable pups
Photo by RezQ Dogs

2 thoughts on “From the PetFinder Foundation: A Mother’s Love”