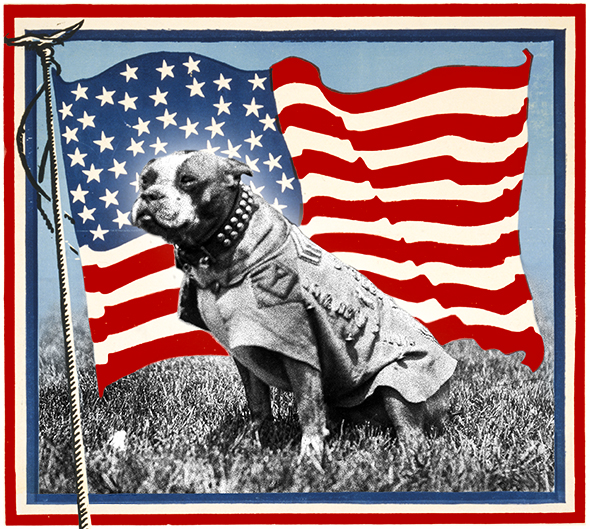 We have posted before about Sergeant Stubby, who was a hero of World War I (see here), but the online magazine Slate has posted a long, wonderful article by Gillian Kane, which really delves into the significant of Sergeant Stubby’s fame. And you’ll be amazed at just how famous the little Pit Bull became, as he helped a nation recover from the trauma of the conflict in Europe.

Millions of Americans heard tales of Stubby’s courage. He had reportedly comforted wounded warriors on bullet-strafed battlefields. It was said he could sniff out poison gas, barking warnings to doughboys in the trenches. He even captured a German soldier. These exploits made the dog nothing less than a celebrity. He met three sitting presidents, traveled the nation to veterans’ commemorations, and performed in vaudeville shows, earning $62.50 for three days of theatrical appearances, more than twice the weekly salary of the average American. For nearly a decade after the war until his death in 1926, Stubby was the most famous animal in the United States.

It’s a great read, and it will make you wonder how the breed has become so vilified in our present culture.