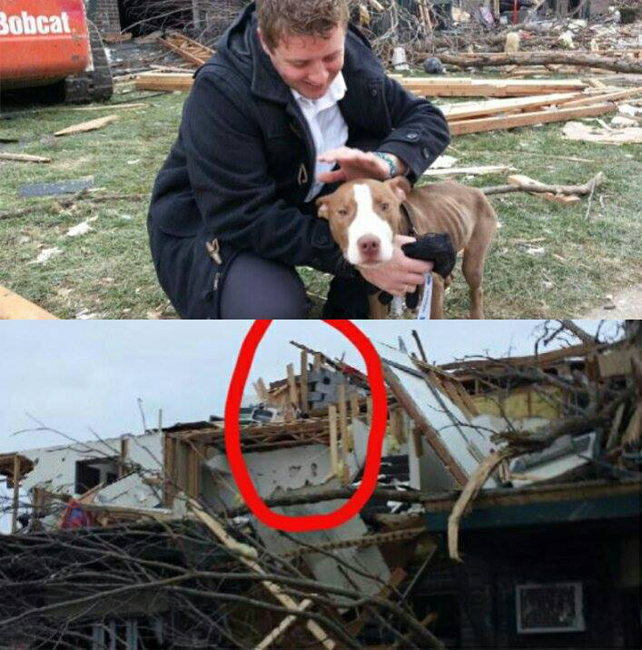 The happy reunion occurred after Dexter was discovered in the rubble circled above.
Photo via facebook

Last week, we featured the heartwarming story of Jon Byler Dann and his dog, Maggie, being reunited after a tornado devastated their home in Washington, Illinois. Yesterday, something even more astonishing happened: an employee of a destroyed apartment complex discovered a six-month-old Pit Bull who had been trapped what was left of his owner’s third-floor apartment. 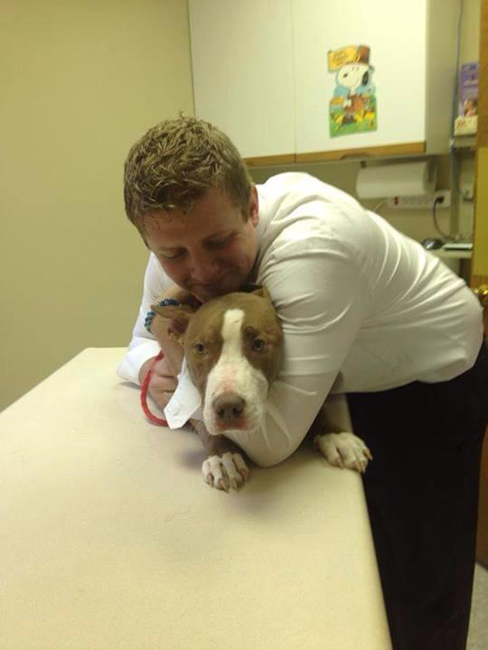 A check-up at the vet revealed no real problems, much to Montgomery’s delight.
Photo via facebook

Dexter’s owner, Jacob Montgomery, had posted an online ad on the Tazewell County Tornado Animals Lost & Found Facebook page, and the two were soon reunited. Dexter was skinny and shaken up, but a visit to a vet turned up no major injuries. 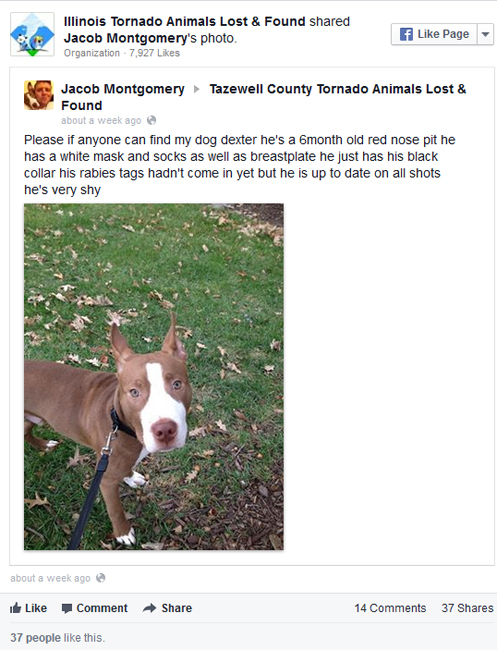 Montgomery had posted an ad, hoping to find Dexter.
Photo via facebook