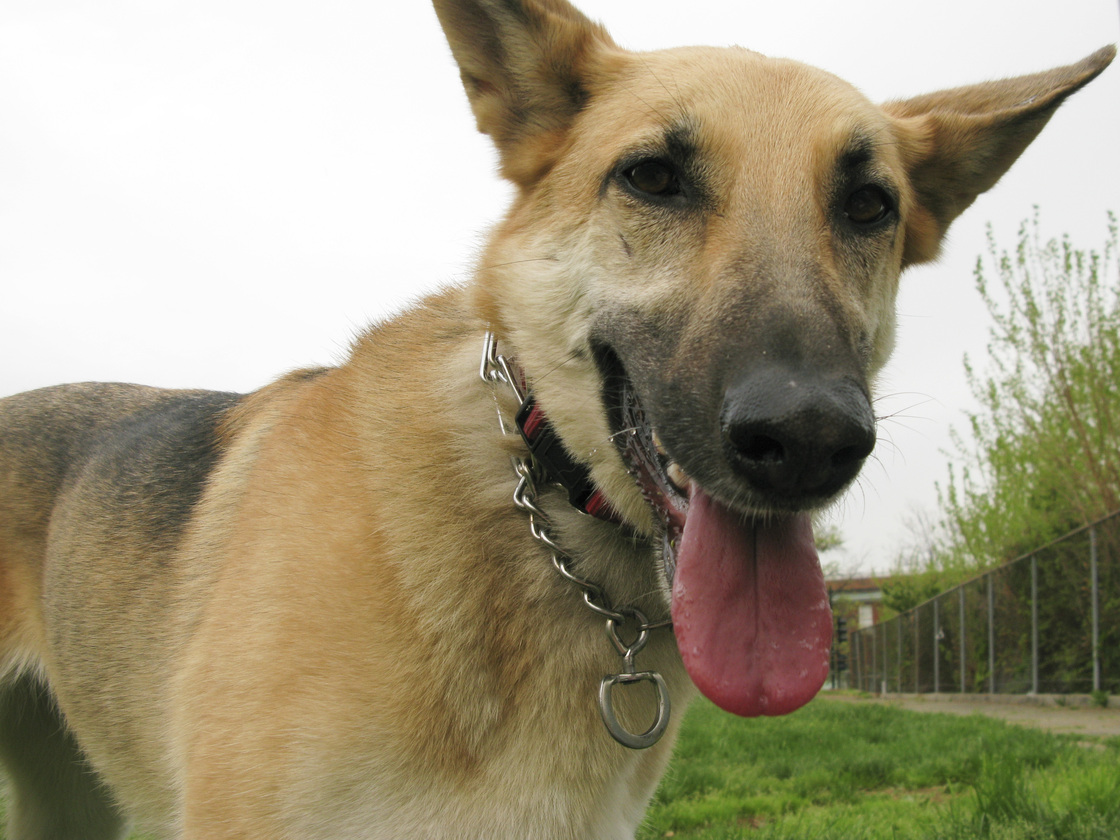 Mango shows off the bacteria living on her tongue, which also flourish on her owner’s skin.
photo via npr.org

Well, it looks like there really is such as thing as a dog person.

Humans who share their homes with canines also share the similar bacterial houseguests on their skin, ecologists Tuesday in the journal eLIFE.

In fact, two dog owners who don’t even know each other have about as many of the skin bacteria in common as a married couple living together.

The signature doggie blend is a mixture of harmless bacteria from their tongues and paws, the report finds. Microbial sharing from pooch to person occurs primarily through two routes: tongue to skin and paw to skin.