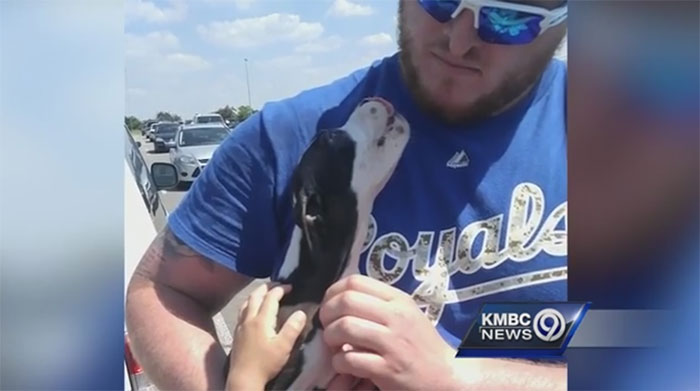 Joshua Lee comforts the puppy he removed from a sweltering car on a 90-degree day.
Photo via kmbc.com

Most of the “dog in hot car” stories that we publish involve an owner who was going somewhere “just for a minute” (or so they claim). But the owners of the dog rescued by a pair of Kansas City Royals fans left their pup in the car on a sweltering 90-degree day while they attended a baseball game. In fact, Joshua Lee and and his brother, Michael Warner, were leaving the game because it was too hot to just sit in the stands. Imagine how hot it was in that car!

Thankfully, the three-month-old puppy is now safe in a shelter.