If you’ve ever wondered just how big a dog’s heart can be, check out the story of Joe, the little Yorkshire Terrier, who stood up to a 100-pound black bear that walked right through the front door. Joe’s owner, Deborah Epstein, was recovering from a car accident earlier in the week and was home along with her best friend, Joe. She accidentally left the front door open, which a local black bear took as an invitation. But Joe would have none of that:

“Joe was attacking it,” Epstein said. “Basically, the bear was heading for his food dish bowl, and you don’t touch Joe’s food dish bowl. And he actually got the bear to turn around and chased him out the door.”

Joe is a rescue dog, and Epstein now feels that he has repaid the favor. 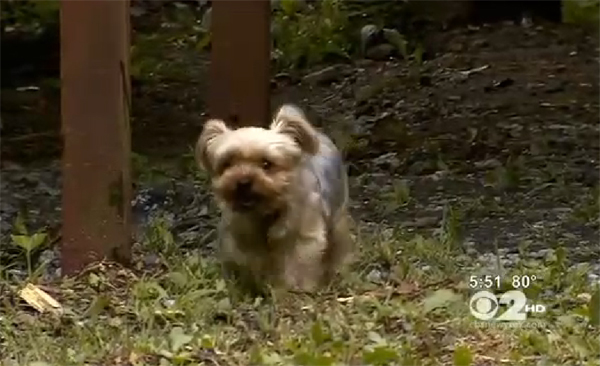 Little Joe is a force to be reckoned with when he’s protecting his home and owner.
Photo via CBS New York