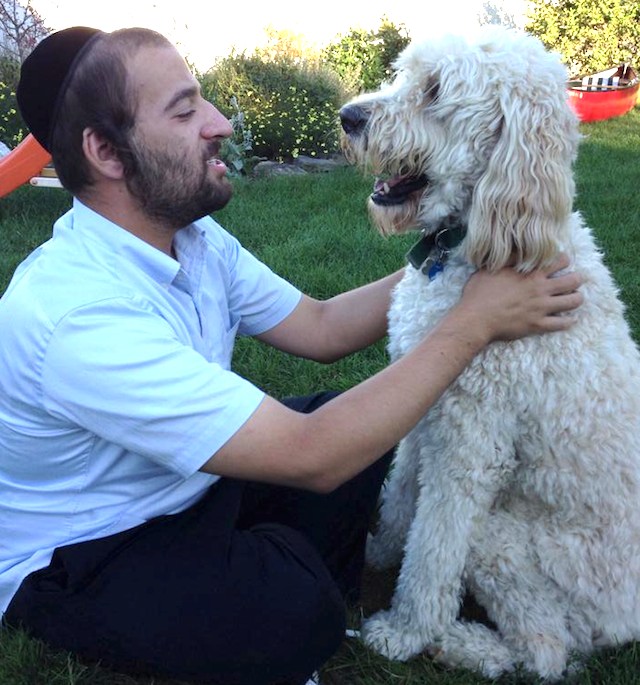 Gedalya Gottdenger, a dog -walker in Brooklyn, shares a moment with a client.
Photo by Andy Gittlitz via gothamist.com

Here’s a story very unlike our usual fare here on the Orvis Dogs blog, but I found it absolutely fascinating. Gedalya Gottdenger is a professional dog walker in Brooklyn, New York—which is not that unusual—but what sets him apart is that he comes from a culture known to fear dogs. In the ultra-orthodox Jewish community, very few people have dogs as pets, and many people even view dogs as “impure, unclean and ferocious,” as an article in the Jewish daily news site Forward explains.

But as Gottdenger became familiar with a friend’s Chihuahua, his opinions about dogs began to change radically. And now he has built a career around his new canine pals. Even his email address tells the story. . . .

Click here for the full story.
[Warning: There’s a bit of salty language in the article.]