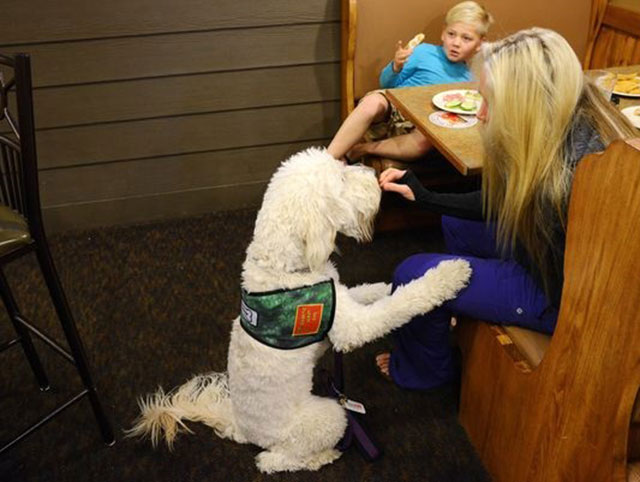 Clover is never far from young River.
Photo via lifewithdogs.tv

We have posted many times about how diabetic-alert dogs not only make life easier for those suffering from type 1 diabetes, but these animals can be life-savers. Clover joined the McKenzie family to watch over six-year-old, and just 8 days after she arrived, she made a fateful decision:

She left her spot next to River’s bed about 20 minutes after he was tucked in, padded into Matt and Bethany’s bedroom, and with a mighty SMACK of her paw on the ground, got their attention.

They got up and went in to check on River. A quick check of his blood sugar levels, and they had dropped, significantly.

“It had dropped from 118 to 40,” said River’s mom, Bethany. This is far below safe levels for a Type-1 diabetic. “He was in a pre-seizure state. He was shaky, and we couldn’t get him to come to. He eyes were rolling back in his head and he was very sweaty. So we gave him some juice, but he was unable to get his lips around the straw.”