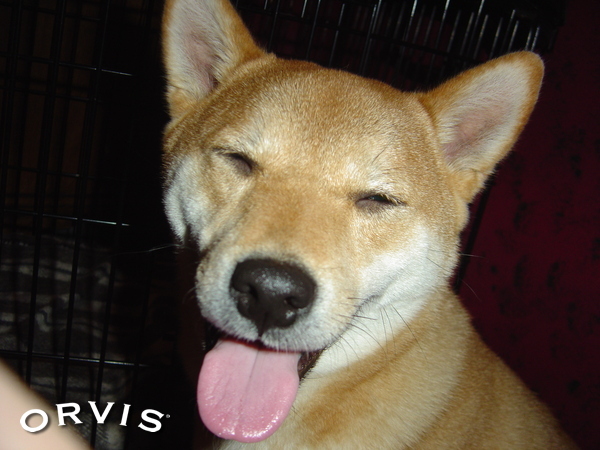 Depending on your point of view, one of the most endearing—or off-putting—features of a dog is his tongue. Everpresent, busy, and often intrusive, a dog’s tongue can also be one of his most defining characteristics. Most of us have either owned or have been acquainted with a dog who insists on greeting us by planting slobbery ‘kisses’ on our hands and faces, or licking us incessantly to get our attention. And while it is commonly accepted wisdom that dog mouths are cleaner than human mouths, does this mean they can lick us with abandon, and without any negative health consequences—assuming it’s even true? Following is an answer to that question, and more.

In addition to being relatively alkaline, which prevents cavities, dog saliva contains antibacterial chemicals to help with grooming and minor wound care. But the saliva’s chemical composition doesn’t render it antiseptic to humans.

In other words, a dog’s tongue is not really ‘clean.’ While humans often have more bacteria in their mouths, the oral microbiomes (the world of bacteria that live in the mouth) are different. Dogs and humans share only about 16 percent of oral bacteria, so if your dog licks your arm, leg, or—eww—your tongue, doing so introduces foreign bacteria into your system. This is a good news/bad news scenario. The good news: Because the bacterial makeup is so different, most bacteria from a dog’s mouth isn’t likely zoonotic—it doesn’t jump from non-human to human host. The bad news? They can transmit bacteria like Salmonella and E. coli, and parasites like Giardia—so kisses and licks aren’t trouble-free.

But while dogs’ saliva contains a multitude of bacteria which can be transmitted to humans through licking, most of the time our skin and other immune functions ward off any potential pathogens.

Dog bites become infected less than 20 percent of the time—not because their mouths are clean, but because it’s less likely for this type of bite to create puncture wounds. Comparatively, cat bites carry a 50 percent chance of infection since they cause puncture wounds more often, which introduces mouth bacteria (and anything else you had on your skin at the time) deep into the wound. 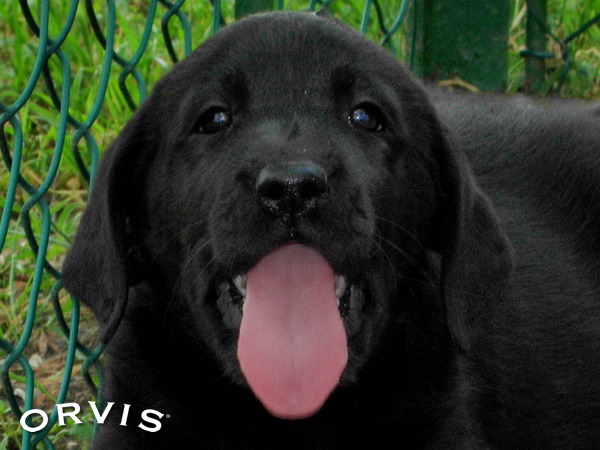 Why Do Dogs Lick?

Dogs lick people, dogs, and other objects for a variety of reasons, but principally because it makes them feel good. Licking releases endorphins in the dog’s body, which provides comfort and relieves stress. And, when humans respond positively—bestowing attention on the dog upon being licked—it serves to reinforce his behavior, quickly turning it into a habit.

Dogs also lick because using their mouths is how they explore the world. Licking a human’s skin, for example, not only comforts a dog, but gives him valuable feedback about what the human has been up to and what she’s feeling.

Other reasons for licking include signaling affection or submission to humans or other dogs. Lip-licking is dog body language that shows stress or discomfort—a strong sign to remove the stressor or leave the situation. Excessive and/or incessant licking of body parts can signal a problem which should be evaluated by a veterinarian.

Why Do Dogs Stick Out Their Tongues?

Dogs pant with their tongues hanging out in order to cool off—it’s one of the few mechanisms at a dog’s disposal to regulate his body temperature. Dogs don’t perspire through their skin like humans; they sweat only through their feet and nose, which makes it much harder for them to cool off efficiently when they get hot. But while a hanging tongue helps cool him down, excessive panting and drooling can be a sign of heat exhaustion in your dog, which should be addressed immediately.

Some dogs habitually let their tongues hang out, even when they’re sleeping, as an efficient way to regulate their body temperature. A dog who sleeps with his tongue out is likely very relaxed. The deeper a dog snoozes, the farther out his tongue may slip to the front or side, or he might hold it in an adorable blep with only the tip of the tongue peeking from between the front teeth.

A front- or side-hanging tongue often means a dog is at ease, but can occasionally point to health concerns. A dog’s tongue may hang out of his mouth due to dental pain, an injury, or physical issues related to genetics. For example, brachycephalic breeds (pugs and other ‘smooshed-face’ dogs) may have an overbite or underbite that causes their tongues to hang out.

Healthy dog tongues are usually pink, with the exception of breeds with black- or blue-spotted tongues. Even in a pink-tongued dog, black-pigmented areas on the tongue or gums are common. Lesions, blisters, or broken skin on the tongue or mouth should be evaluated by a veterinarian.

New, raised, or unusually textured spots on your dog’s tongue, or changes in shape, size, or color could indicate a problem. An abnormally white or pale tongue and gums, especially paired with other symptoms like lethargy or weakness, warrant a call to the veterinarian immediately to rule out serious health concerns. Similarly, if your dog’s tongue is red or otherwise discolored, check with the vet to rule out common concerns like a bacterial infection, health conditions, or vitamin deficiencies.

If your dog’s tongue is bleeding, there’s a chance he bit it while eating or playing. Dogs do bite their tongues occasionally, but they’re equipped with a pretty handy physical feature that often prevents major injuries: When a dog attempts to close his mouth, the premotor cortex in the brain’s frontal lobe—the area responsible for ‘motor control’ and that helps muscles work together—usually prevents his mouth from closing until the tongue is tucked safely inside. 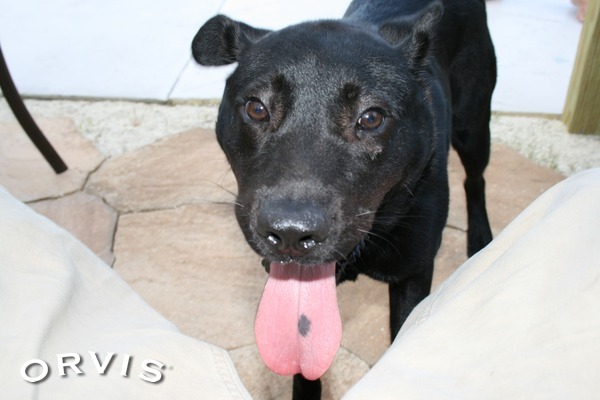 Why Do Some Dogs Have a Black Tongue?

Dogs’ tongues vary in appearance, similar to the rest of their bodies, and can have different colored markings. Some breeds are known particularly for their black or spotted tongues, including Chows and Shar Peis. Other breeds can have these markings as well, including Golden Retrievers, Labs, and Shepherds, to name a few. This pigmentation can extend to their gums, lips, and noses.

A purple tongue is required within the breed standard for the Chow Chow and Shar Pei, and mixed breeds that share Chow or Shar Pei genes may also have a purple or purple-spotted tongue.

Why Is My Dog’s Tongue Cold?

A ‘cold’ tongue is not necessarily a symptom that can be used to pinpoint a health concern in a dog. If he’s recently had a drink of water or licked the condensation from the window, his tongue may feel cold. An elevated body temperature; a discolored, darker, or pale tongue or gums; or symptoms such as lethargy, loss of consciousness, or abnormal behavior, may point to a medical issue. If you are concerned about your dog’s health, consult with a veterinarian.

Why Is My Dog’s Tongue Hot?

A dog’s body temperature is higher than a human’s, so a normal-temperature tongue may feel warm or hot to the touch. An elevated body temperature from activity or fever can make his tongue feel hotter, but alone, a hot tongue is not a reliable indicator of illness.

While panting, air evaporating from the tongue, mouth, and nasal passages helps lower his body temperature—and can produce body-temperature saliva, which may make your dog’s tongue feel hot. If he doesn’t show any  signs of illness—lethargy, fever, loss of appetite, or vomiting—there’s probably no cause for concern.

Dogs have only 1,706 taste buds on their tongue as compared to humans’ 9,000, but dogs have something humans don’t: the ability to detect water, which has undoubtedly helped their species survive over time. Similar to humans, dogs can taste sweet, sour, and bitter flavors, but not salt. But most dogs always have an appetite for treats!

Dogs are amazing animals and, for the most part, make terrific pets. But each dog has his idiosyncrasies often related to the use of his tongue—which is, more often than not, hanging outside of his mouth. This seems strange until you understand and appreciate that dogs’ tongues are a key piece in their evolution and serve a number of important functions to help them survive.