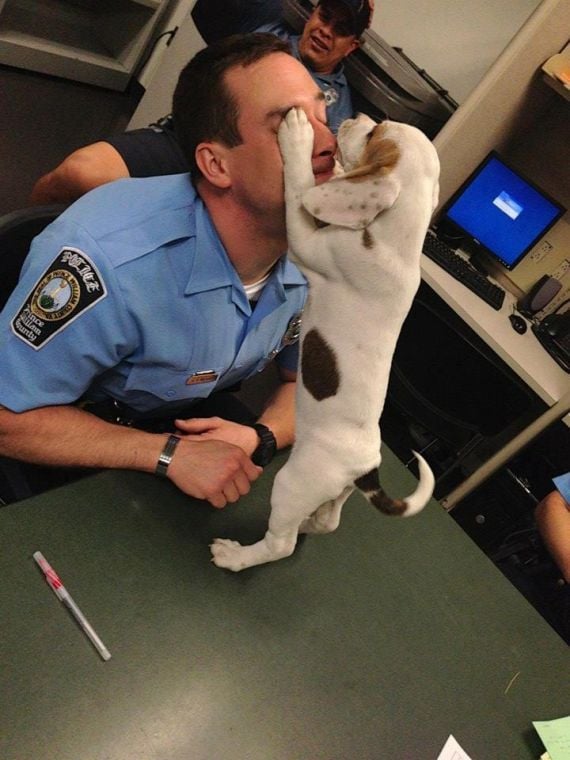 Little Seven stole the hearts of the whole police department.
Photo via insidenova.com

Police officers take a vow to “serve and protect,” and a couple of bicycle cops in Prince William, Virginia, applied that to a little dog they came across earlier this summer:

Some Prince William officers on bike patrol spotted the owner of the beagle-pit bull mix kicking her. They intervened, taking away the puppy and charging the owner with animal cruelty.

They brought the dog back to their station, where everyone fell in love with her. They named her Seven (after a Star Trek character), and then Officer Katie Zaimis decided that she needed to adopt the dog. So little Seven went from an abusive situation to having a new forever home and a big family of police officer who love her. 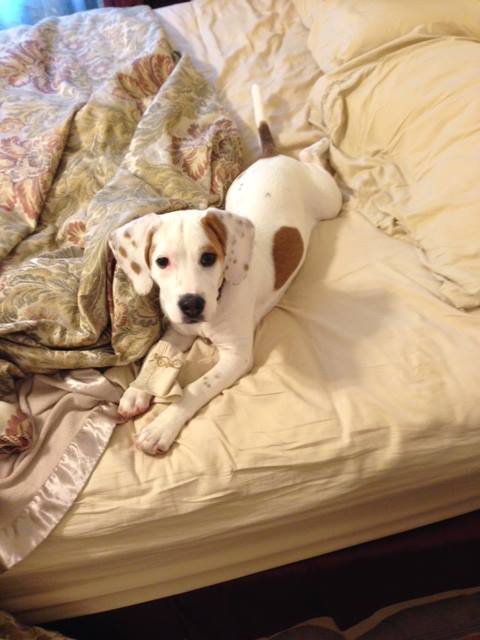 Now in her new home, Seven lives in the lap of luxury and love.
Photo via insidenova.com

2 thoughts on “Cops Save Dog from Abusive Owner, and Then One Officer Adopts Her”