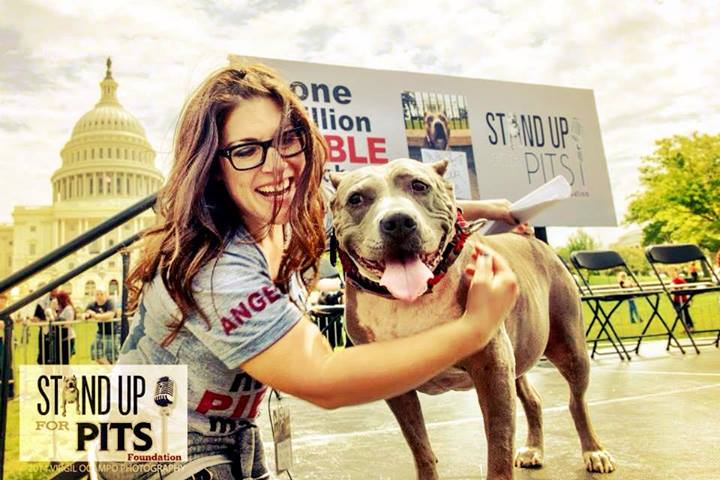 Rebecca Corry poses during the One Million Pibble March.
Photo via facebook

On Saturday, thousands of dog lovers and Pit Bull fans gathered at the U.S. Capitol on Saturday to make their voices heard about breed-specific legislation (BSL). Among the speakers at the One Million Pibble March were Jamie Buehrle, wife of a professional baseball player whom we’ve posted about before; comedian Rebecca Corry, the event’s organizer; police officer Kelly Steinhorn, who told the story of adopting a Pit Bull who had been found horribly wounded, and others:

The message is getting out that breed restrictions are expensive to enforce without increasing public safety, so more places are getting rid of breed-specific legislation than adopting it, he said; and celebrities adopting pits are also helping to make Americans more comfortable with the dogs. Yori said he was glad to see the “progress,” as supporters cheered.

Organizers estimate that the crowd was in the thousands.

Here’s a video of Corry’s keynote speech (warning: a bit of salty language):