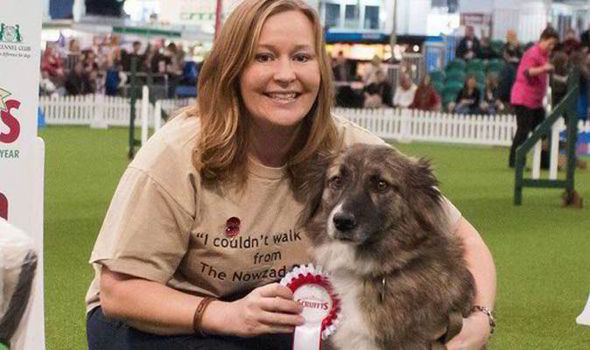 Sarah Singleton and Wylie celebrate his victory at the annual Crufts event in England.
Photo via express.co.uk

Here’s a remarkable story of rescue and redemption that takes us from the killing field of Afghanistan to the competition floor at the world’s largest dog show. When Wylie was discovered by British troops in Kandahar, in 2011, his life was a living hell:

Local men had sliced his ears off, cut his muzzle open, chopped off part of his tail, stabbed him and used him as a bait dog in dog fights.

When a British patrol rescued him, he was being attacked by a mob armed with wooden sticks. He had also been thrown under a car by local thugs.

The rescue organization Nowzad, whose mission is to rescue and rehome Afghanistan’s stray dogs, found Wylie a home with Sarah Singleton in Somerset, England. Now, less than three years later, he has been crowned supreme champion in the Scruffts Family Crossbreed of the Year..