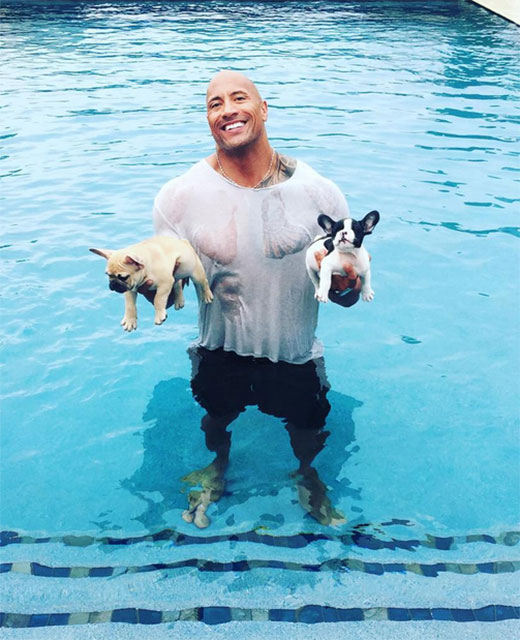 Dwayne Johnson poses with Brutus and Hobbs after diving in to save young Brutus.
Photo via Instagram/therock

Dwayne Johnson (a.k.a. The Rock) is known for his sheer size and musculature, but he has also shown his softer side in movies such as The Tooth Fairy. An animal lover, Johnson recently brought home two French Bulldog puppies, and he was immediately called into action to save one of them from the bottom of the pool:

I set them both down and they both take off in a full sprint and fall right into the deep end of our pool. HOBBS immediately starts doggy paddling while BRUTUS (like a brick) sink heads first to the bottom of the pool.

Like a true action hero, The Rock did what he had to do to save the little guy.