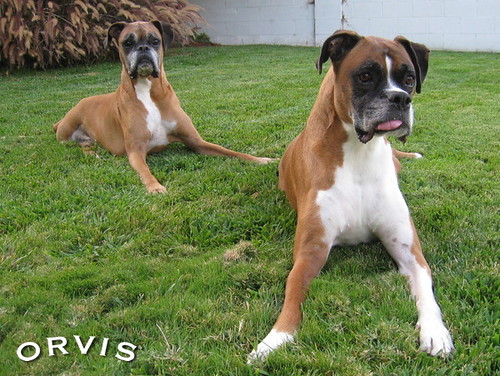 Veterinary student Eva Oxford usually spends most of her nights and weekends in the lab at Cornell University trying to unravel the mystery of heart disease in boxers.

In 2004, Oxford was studying for a PhD at SUNY Upstate Medical University, Syracuse, where she was pursuing a career in human biomedical research. Her career track changed when her adviser’s boxer became ill with arrhythmogenic right ventricular cardiomyopathy (ARVC), an inherited disease that causes arrhythmia, heart failure and death. That’s when Oxford met Dr. Sydney Moïse, a veterinary cardiologist at Cornell University who is funded by Morris Animal Foundation.

Oxford and Dr. Moïse collaborated on a Foundation-funded study looking for proteins in the hearts of dogs that had died of ARVC. They studied genetic mutations in boxers and theorized that these mutations break down the “glue” that binds cells together.

Oxford says she hopes her research will lead to better treatments for dogs with the fatal disease. “The more we understand, the better we can treat these animals and recognize at a young age if they have ARVC,” Oxford says. “If we can understand what brings the onset of the disease, maybe we can act to prevent it.”