A Florida woman credits her and her son’s dogs with acting to protect her from a 6-foot, 2-inch diamondback rattlesnake.

Candy Sappington said her dogs, particularly Maisy, began barking furiously at the six-foot-two-inch diamondback rattlesnake as she walked out the front door and down the steps of the front porch.

“As I stepped down the first step, she came from behind me and kind of pushed me forward,” Sappington said.

She said her two puppies were also barking while, much to the shock of everyone involved, Maisy ran ahead of everyone and took a bite to the right ear from the venomous snake. Puppies Tundra and Chubbs were also bitten.

The family rushed to find a veterinary clinic that had enough antivenin for all three dogs, but it was too late for poor Chubbs. Let’s honor his bravery and hope that Maisy and Tundra pull through. 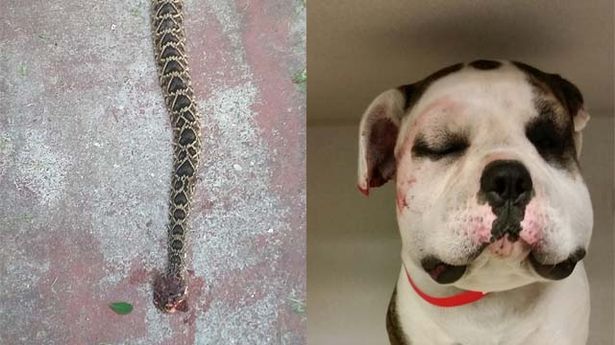