In a shocking turn of events, an Iowa court of appeals has thrown out the conviction of a man who was found guilty of animal torture in December 2011. According to the story in USA Today, the case stemmed from an incident in which Zachary S. Meerdink beat his 7-month-old Boston Terrier to death with a baseball bat, after it had “repeatedly made messes on the floor and bit[ten] his girlfriend’s children.”

In a 2-1 decision, the court found that the crime did not meet the requirements of the statute under which Meerdink was charged because the state couldn’t prove that the man acted with a “depraved or sadistic intent to cause death.”

As Des Moines attorney Roxanne Conlin said: “I have some great difficulty understanding how you can beat a puppy to death and not have sadistic intent. . .”

In the video above, the head of Iowa’s Animal Rescue League discusses what this case could mean for future prosecutions, as well as what needs to be done to amend the law.

Click here to read the full story. Some of the details are hard to stomach, but it’s important for dog lovers to know when these laws need to be changed. 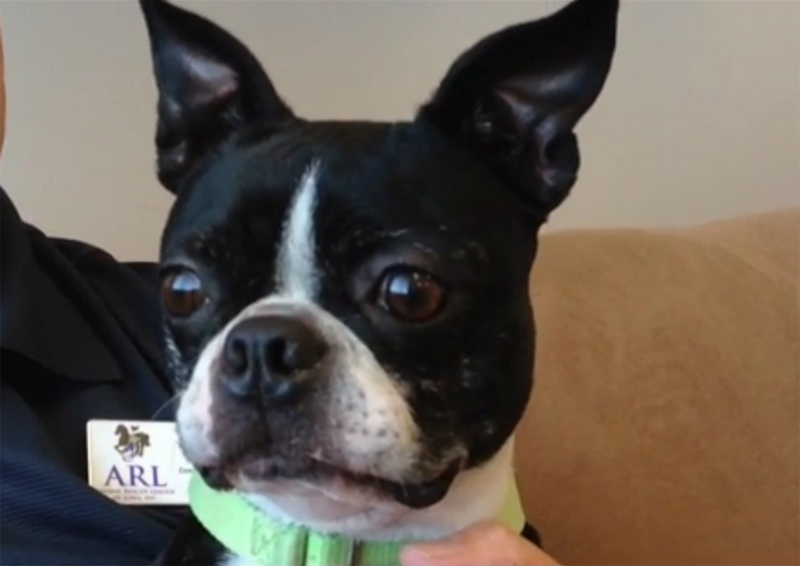 Zachary S. Meerdink killed a Boston Terrier like this one in 2011.
Photo via USA Today