In a story eerily reminiscent of last week’s “man arrested for trying to help a dog” story, the president of the Indian River County (FL) SPCA, Van DeMars, was arrested after trying to save a dog named Davey, whom he found tethered to an SUV in a hot parking lot.

Afternoon temperatures were above 90 degrees as DeMars says he stumbled upon the animal in a northern Sebastian Publix supermarket parking lot. The dog was tethered to an SUV and sitting on the asphalt with no owner in sight.

“He was literally choking himself, trying to get under the car,” said DeMars speaking a Tuesday, several days after the incident.

DeMars said he waited several minutes, but there was no sign of the dog’s human companion. DeMars decided to act. “I made the decision that I’m going to un-click the leash and take him into the shade,” he said.

When the dog’s owner finally arrived, DeMars was in no mood to hand over Davey to the very person who had left him. That’s where law enforcement found fault with DeMars’s actions and why he now faces petit larceny charges. 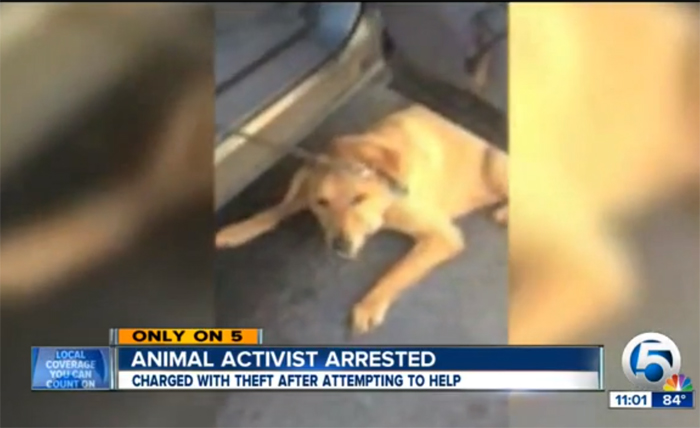