When a photo of an extremely emaciated dog appeared on the Facebook page of a local animal-control department, assistant director of the Southern Animal Foundation Deanna Theis knew she had to act fast. Members of the New Orleans rescue went and retrieved the dog they’re calling Alex and have begun the arduous, and expensive, process of nursing him back to health:

A stomach X-ray showed the dog had rocks and twigs — and nothing else. But then the poor dog’s stomach flipped, forcing the Southern Animal Foundation — the city’s only non-profit animal hospital — to perform emergency surgery on Oct. 14.

“This poor boy has been through hell and back,” the foundation noted on its Facebook page. “Emaciated and heavy heartworm positive made him a horrible surgical candidate, but it had to be done.”

Thank good ness that there are people looking out for poor, lost sould like Alex, who could easily be overlooked in a major metropolitan area. 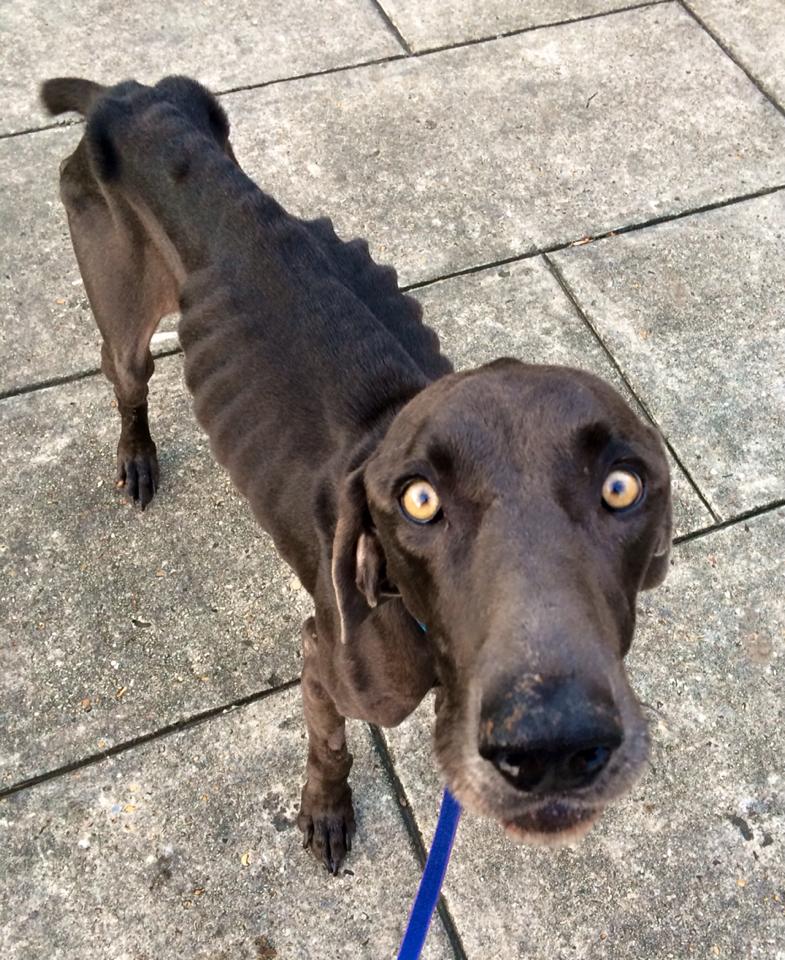