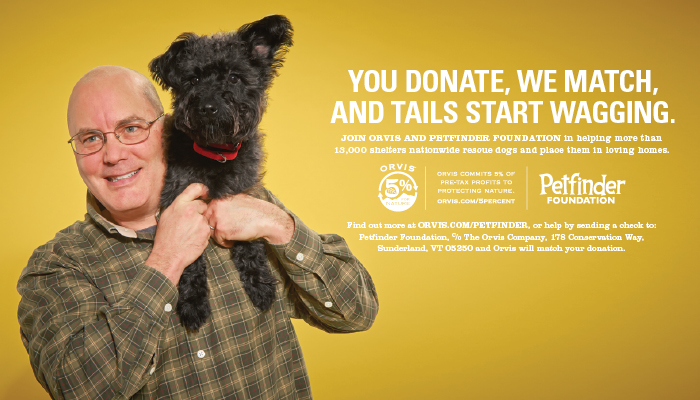 Pedey has transformed from a “wild child” to a wonderful family dog.

One of Orvis’s major 2015 matching-grant campaigns is a partnership with the Petfinder Foundation, an independent nonprofit organization that supports the shelters and rescue groups that post their adoptable pets on Petfinder.com. As part of this campaign, Orvis graphic designers have created advertisements that feature Orvis associates who found their dogs through Petfinder. The final ad features yours truly and my dog, Pedey. Here’s our story.

Since my daughter, Clare, has suffered from allergies and respiratory problems since she was an infant, we were not able to have a dog for her first nine years. Finally, at Clare’s annual checkup in 2013, the doctor told us that he thought we had reached a point where Clare could handle a dog—as long as we got one of the so-called “hypoallergenic” breeds. He suggested a Wheaton Terrier. My kids were adamant that we should get a dog from a rescue, rather than from a breeder, so I began searching PetFinder for Wheaton Terriers. 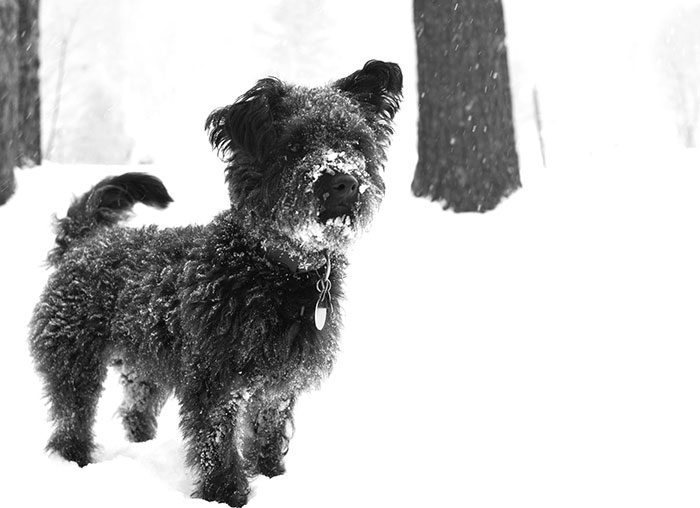 This photo really captures the terrier spirit that drives Pedey when he’s outside.
Photo by Sandy Hays

After about sixth months and a couple of failed attempts at adoptions—we even drove to New Jersey to meet a Wheaton named Samson—I had almost given up. So I decided to change tactics: instead of searching specifically for a Wheaton, I’d keep track of the dogs available at the rescues within a few hours of our house. A couple months later, my daily search turned up a little wire-haired dog named Aden, who was at the animal-control shelter in Cossayuna, New York. I traded emails with the Dog Officer, Nancy, who thought the dog was a Poodle-Scottish terrier mix. He had been picked up as a stray in nearby Argyle, New York.

I went home, picked up my kids, and we made the 45-minute drive to the shelter. When we arrived, we realized that he was smaller than we had anticipated—just 13 pounds—but he was very cute. Nancy told us that she had held him longer than she was supposed to because she thought he was such a great dog, and within minutes, we had decided that we had to have him. 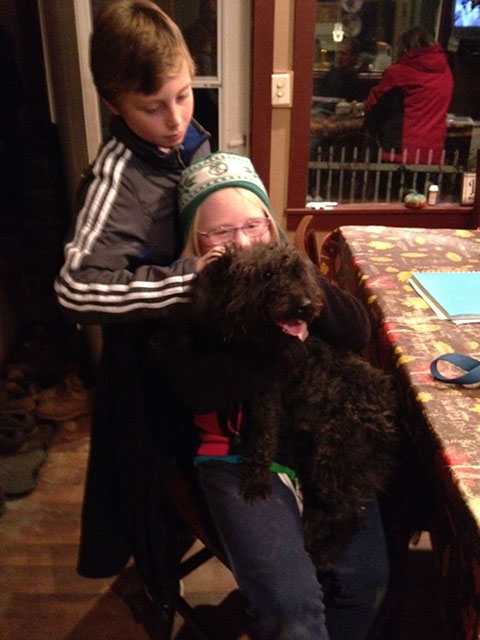 Niall and Clare meet “Aden” at the shelter in Upstate New York in 2013.
Photo by Phil Monahan

He came home with us on December 5, 2013, and he added wonderful cheer to our Christmas season. Since the Red Sox had just won the World Series, we named him Pedey, which is the nickname of Dustin Pedroia, the second baseman for the Sox. The vet said he was quite healthy and probably one to one-and-a-half years old. For the first few months, he was a bit of a wild child, who pretty much did whatever he wanted. However, he was fully house trained, which was a plus.

We did a lot of training over the past year and a half, and he is now a wonderful pet who obeys commands, loves to play, and is affectionate without being clingy. After asking lots of dog folks, doing some research, and much hemming and hawing, we’ve decided that he’s probably a Poodle-Cairn Terrier mix. The Terrier in him definitely predominates, as his favorite activity is hunting rodents in the fields around our house. His preferred indoor game is tug-of-war with one of his many toys.

Click here to learn more or to donate to the Orvis/Petfinder campaign. 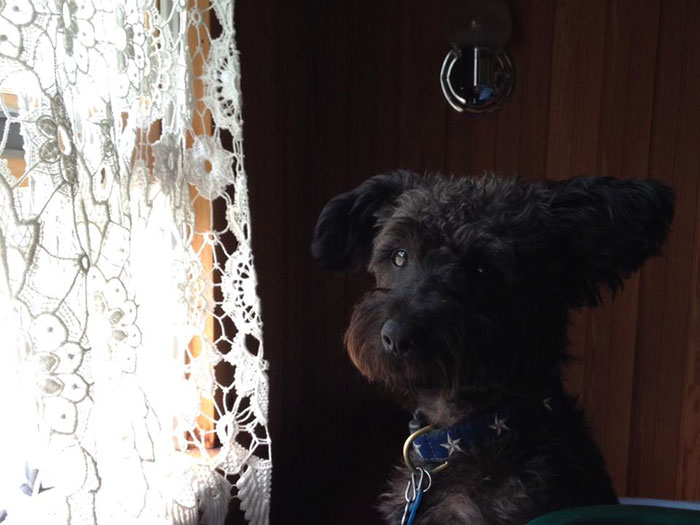