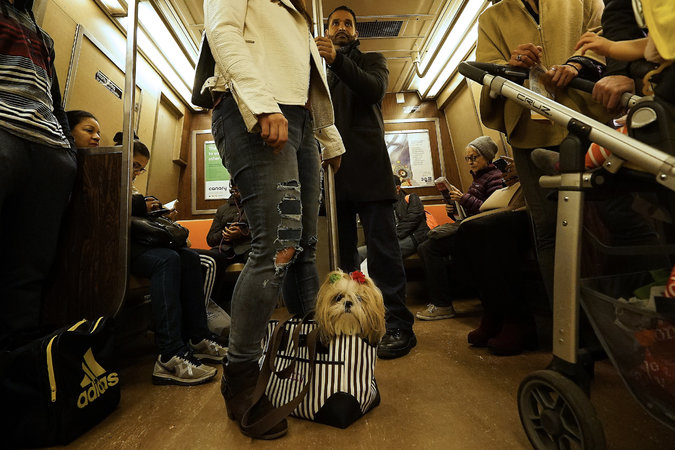 Milly is tucked in a purse for her ride on the subway.
Photo by Nicole Bengiveno/The New York Times

The only dogs allowed on the New York subways are service dogs and police dogs, but a story in The New York Times today notes that scant enforcement is leading many more dog owners to bring their pets along the for the ride. While most Big Apple residents seem to take it all in stride, others are not so accommodating:

While most dogs prompt nothing more pointed than a stare from riders, they occasionally draw more aggressive displays of displeasure. In December, a man was arrested after he punched a pit bull therapy dog as well as the man who had brought the animal onto the No. 4 train. The assailant had asked the man to move the dog away from him, the police said.

This is one of those issues that divides dog owners because the success or failure of an encounter is really dependent on the human involved, not the dog. It’s a fascinating article that’s well worth your time for what is suggests about dogs’ place in our society.

What do you think: should dogs be allowed in such a cramped public setting?