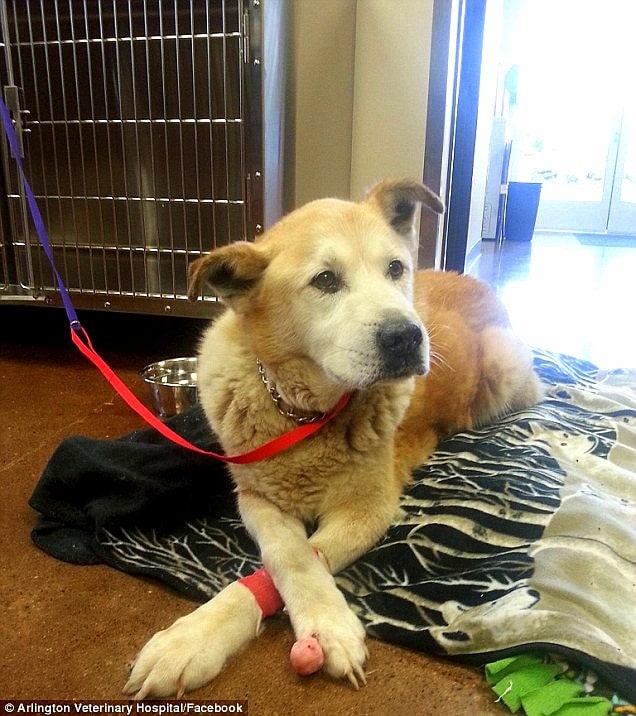 Despite his infirmities, Boomer overcame the pain, as his desire to find his master was powerful.
Photo via lifewithdogs.tv

Here’s an ultimately tragic story that speaks to the incredible loyalty and love that dogs are capable of. When 15-year-old Boomer was found wandering around the rubble of the tragic slide in Oso, Washington, rescuers assumed that he had been a victim of the catastrophic event. But, in fact, Boomer had been three miles away when the mountainside gave way. His owner, who lived in the doomed neighborhood, had given the dog to his sister. But after the slide occurred, Boomer headed to the scene to find his master:

Dogs are able to sense much more than some are willing to give them credit for. Who knows how Boomer knew to go to his old home – perhaps he could feel the vibrations from the Stillaguamish Valley landslide and realized it was in the direction of where his family lives – but he knew he needed to get there.

Unfortunately, Boomer’s owner didn’t survive, and the poor dog was found suffering from abrasions and a hip injury, in addition to the arthritis that must have made the journey even more difficult. He was treated at a veterinarian and returned to his home. The dog’s incredible effort gave searchers as morale boost as they continued their grim work.