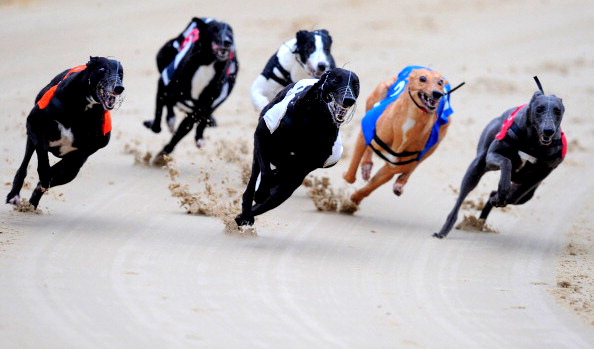 There will be no more cruel treatment of race dogs in Colorado.
Photo via lifewithdogs.tv

I somehow missed this news last month, but Colorado’s Gov. John Hickenlooper signed a bill to ban greyhound racing in the state. Although there hasn’t been any dog racing in the Centennial State since 2008, the ban is another step toward ending the “sport” in the U.S. The real problem for dog lovers is not the sport itself—although there are many injuries—but the ways in which the competing dogs are treated:

A report coming from GREY2K shows that greyhounds running at tracks in Colorado were forced to live lives of strict confinement in stacked cages that often left no room for larger dogs to completely stand up. There have also been many other allegations ranging to drugging or “doping” of dogs, all the way to dogs randomly missing, without ever having any explanations as to where or why. This information is only worsened by the 2,636 plus injuries reported at these Colorado tracks between 1993 and 2007. Over half of these injuries involve broken legs and fractured spines.

There are currently seven states that still have greyhound tracks and eleven states where the sport is legal, so there is still plenty of work to be done.

One thought on “One More Step: Greyhound Racing Outlawed in Colorado!”