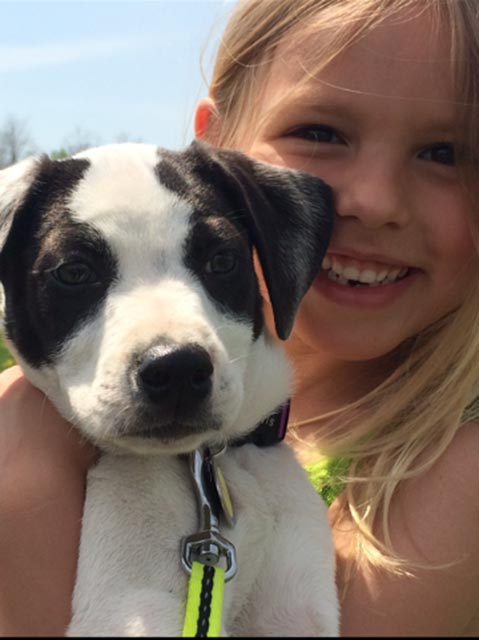 If you love outdoor activities, chances are your dog loves them, too. And few things complement a wild, outdoor dog like a strong, outdoor-themed dog name. From Aspen to Zephyr, there are countless names for dogs inspired by the outdoors. Countless, of course, until you sit down to decide which name best captures your new pup’s spirit and the adventures that await.

To lend a hand to those of you who love to pull names from the environments and sports that fill our lives, we collected names from colleagues, family, friends, and anyone willing to share their favorite outdoor-inspired dog names. Included are mountains and rivers, conservationists and climbers, anglers and fly tiers, trappers and travelers, and even a hat maker. Whether you’re calling your dog across a mountain meadow or getting their name embroidered on their hunting collar, these are our favorite unique outdoorsy dog names, in no particular order.

Did we miss a name? Let us know in the comments below.

In 1953 Edmund Hillary and Tenzing Norgay were the first people to set foot atop Mt. Everest.

A name that avoids the arrogance of being too unique, yet still pays tribute to one of North America’s greatest trout fisheries.

A majestic light show for a majestic canine.

In 1889 Nelly Bly set the record for the fastest trip around the world, circumnavigating the globe in only 72 days.

Annapurna is not a single peak, but a massif including Annapurna I Main, the tenth highest mountain in the world at 26,545 feet, and thirteen peaks over 23,000 feet. In 1950 Annapurna I Main became the first of the “eight-thousanders” to be climbed, when Maurice Herzog and his team summitted. It’s also considered the most dangerous of the eight-thousanders, with only 191 ascents completed as of 2012.

America’s conservationist president, Theodore Roosevelt, signed into law the creation of the National Parks and the Antiquities Act, which created the National Monuments, protecting more than 230,000,000 acres during his presidency. And before he entered his political career, he was a cowboy in North Dakota! We approve of any name variation to pay homage to this great conservationist (see the more direct name suggestion, Teddy, below).

Yes, she was a singer and actress, but Katie Lee was probably best known as an environmental activist and whitewater rafter who explored Glen Canyon in the days before it was flooded by the Glen Canyon Dam.

Raised in Alaska, Margaret “Mardy” Murie helped in the passage of the Wilderness Act in 1964 and was instrumental in the creation of the Arctic National Wildlife Refuge. She’s known to conservationists everywhere as the “Grandmother of the Conservation Movement.”

Rosalie Edge campaigned for women’s suffrage before she became a devout conservationist in the second half of her life, when she led the fight to protect birds of prey. A 1948 article in the New Yorker called her “the most honest, unselfish, indomitable hellcat in the history of conservation.” Save this name for a pup with personality!

The high point of Maine’s highest mountain (Katahdin), Baxter Peak is the northern terminus of the Appalachian Trail.

OK, for a one-syllable name it doesn’t easily roll off the tongue, but perhaps it’s balanced by reverence for America’s greatest conservationist.

Not only the iconic hat of the American West but this name also evokes imagery of rugged terrain and big landscapes.

Jim Bridger was one of the most famous mountain men to explore the Rocky Mountains. Save this honorable name for only the most adventurous canines.

The undisputed father of modern American fly fishing, Lefty Kreh is responsible for generations of newcomers to the sport. The name works on multiple levels if you also have a dog named Pancho. Get started with Lefty Kreh here.

How many other rock faces have an Oscar? El Capitan has always been a jaw-dropping monolith framing the Yosemite Valley, and has been the pinnacle of American rock climbing for the past 60 years, but in 2018 it entered the mainstream in the movie Free Solo.

Yes, you can pay homage to one of America’s greatest conservationists and outdoorsmen with both male and female (Rosie, above) names.

Ralph Waldo Emmerson led the transcendentalist movement of the mid-19th Century, which emphasized the inherent goodness in nature.

While Muir gets all of the Instagram quotes, Aldo Leopold’s Sand County Almanac became the cornerstone of America’s biodiversity and ecology policies.

Spend some time in a mountain town and you’re bound to meet a dog named for North America’s highest peak.

I’m talking about a place where the beer flows like wine.

Is there a better, more natural name out there? We don’t think so.

First ascended in 1952 by alpinists Lionel Terray and Guido Magnone, this iconic peak in Patagonia has become a proving ground for climbers around the world.

Field & Stream claims the Purdey Side-by-Side Game Gun “epitomizes the British game gun, which represents the Platonic ideal of a shotgun.” If you don’t have the $100,000 for a Purdey, you can at least pay tribute by naming your hunting dog after the finest upland shotgun ever made.

Some dogs live up to this name, while for others, their size makes it ironic. Still, “Bear” is a classic that shows no signs of disappearing.

True royalty of American fly fishing, Lee and Joan Wulff have taught thousands to fly fish, authored books (The Dynamics of Fly Casting by Joan Wulff) and instructional videos, and designed some of the most legendary flies in your fly box. It’s also a fun play on words, as most people will assume it’s spelled as the more popular canine homonym.

Dog names, especially outdoorsy dog names, are subjective. So, whatever their name, we think you’ve chosen wisely. Whether you go with a dog name inspired by the outdoors, or you go with a more popular dog name, we hope you have fun naming your new pup. And to make sure your dog friend’s name is known to everyone, especially if they get lost, consider giving them a personalized collar with their cool, outdoorsy name embroidered into it, along with your phone number.

Did your dog’s name make the list? Do you have a favorite outdoorsy dog name that you think should be included? Let us know in the comments.