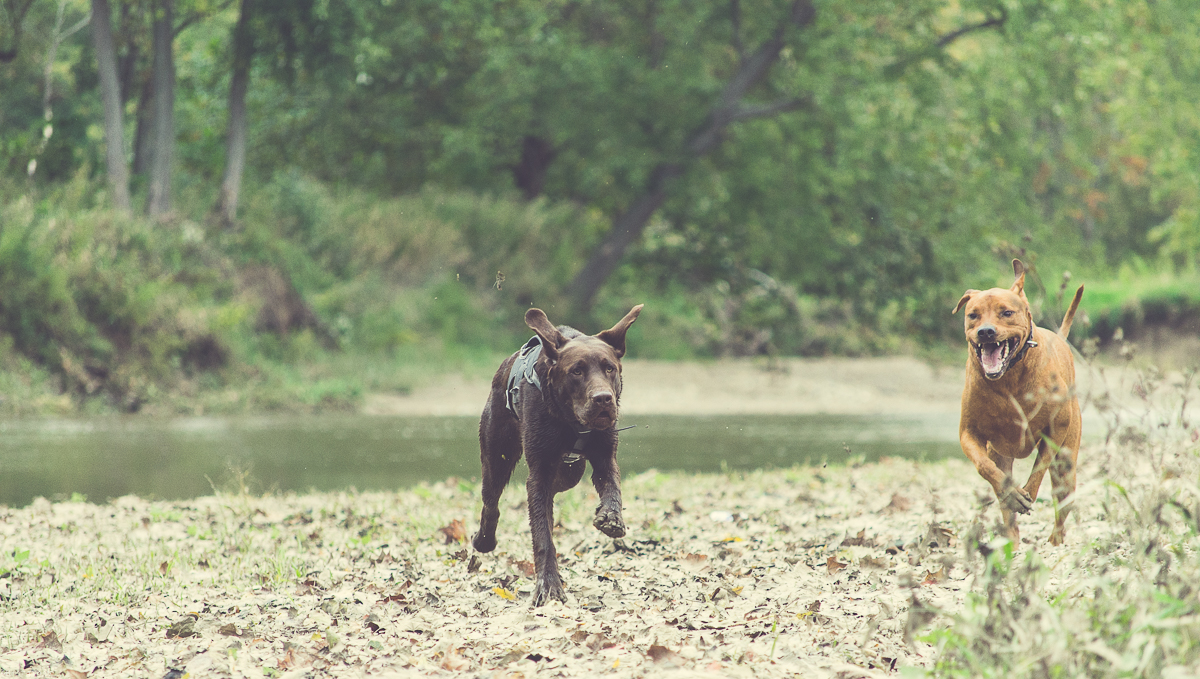 Finn (left) and Fritz frolic beside a local stream.
All photos by Dave Hosler

Sometimes I think I take too many pictures of my dogs. Then I think about how much joy they bring to my wife and me—and how short their time with us is in the span of a human life—and it makes me want to take more photos. I want to be able to look back and remember that text I just received from my angry wife. The picture was of Fritz’s food and water bowls spilled across the floor. Finn is standing in the middle of it all, eating as fast as he can. I want to be able to remember it all: the worst they’re capable of, as well as the times when everything is awful and just laying your head on theirs makes all right with the world.

These photos were taken yesterday. The dogs were tearing around the house, and I was feeling an early onset of cabin fever brought on by too much work on the weekend. Brandi wife and I decided to head over to the local creek to run the dogs out of energy. It seems to have worked because it was a quiet night in the house.

Dave Hosler lives in Indiana and writes the Pile Cast blog about fly fishing and his two dogs, Fritz and Finn. Fritz is a five-year-old Pitt Bull/Rottweiler/Boxer mix (or so he was told; perhaps there’s some Rhodesian Ridgeback in there, as well), and Finn is a nine-month-old Chocolate Lab. 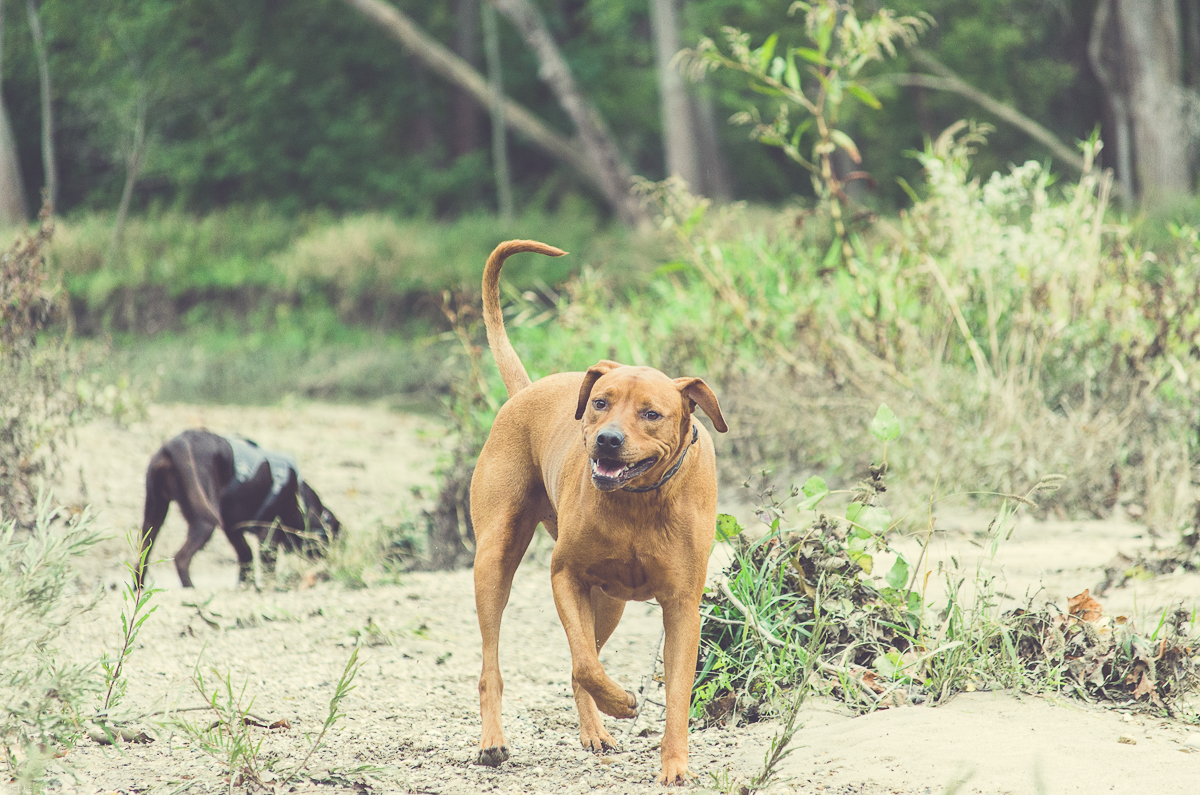 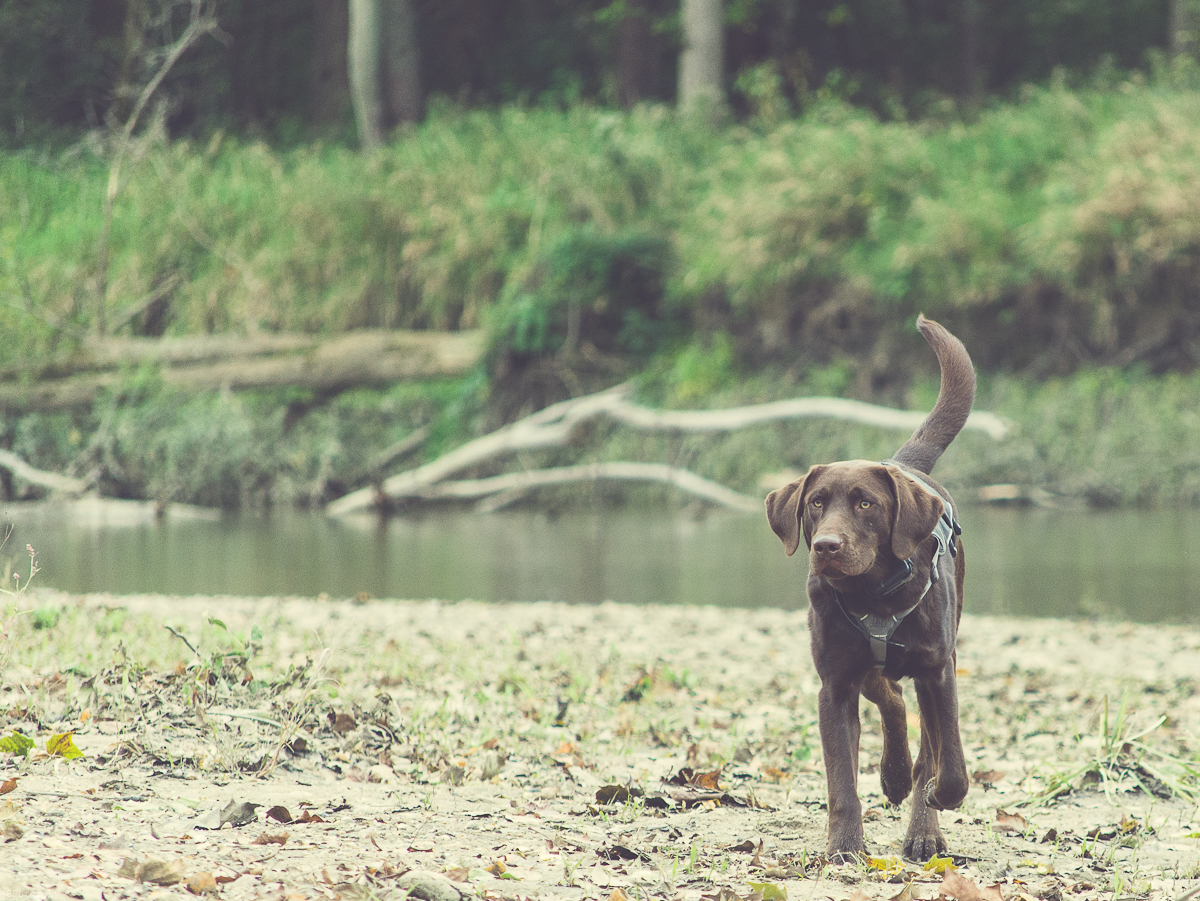 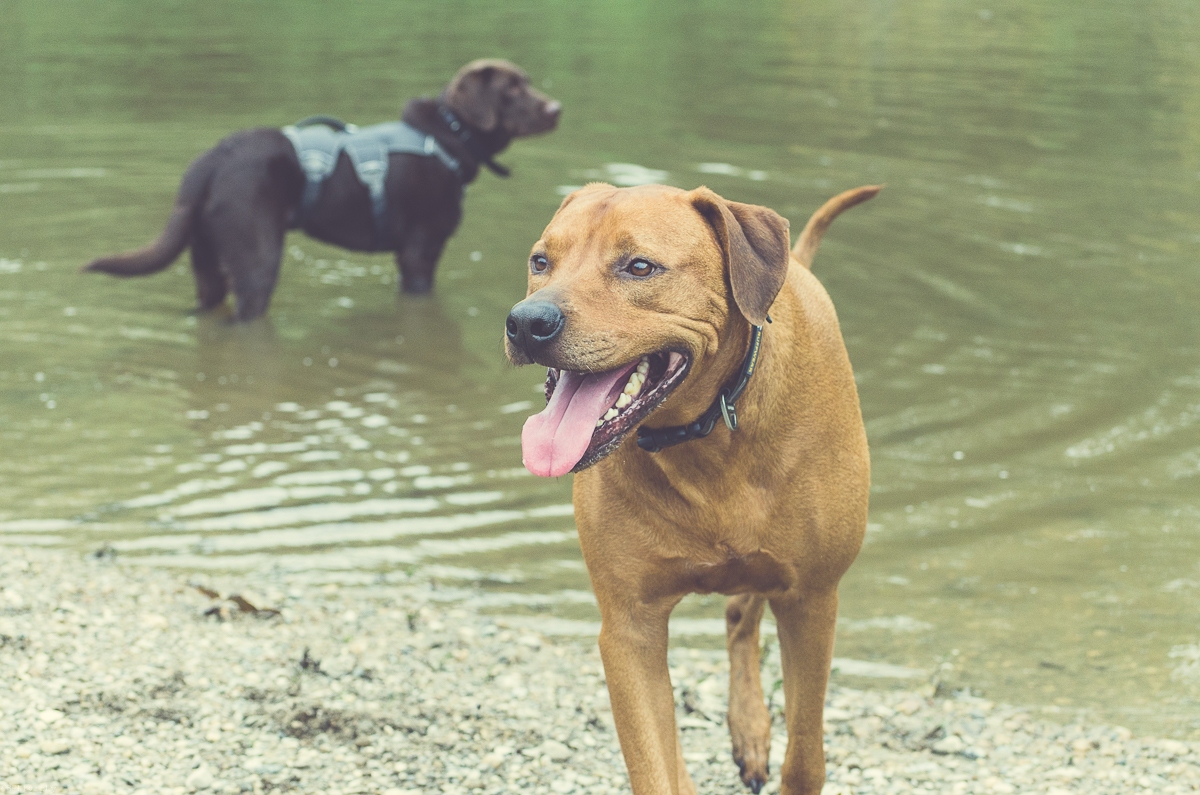 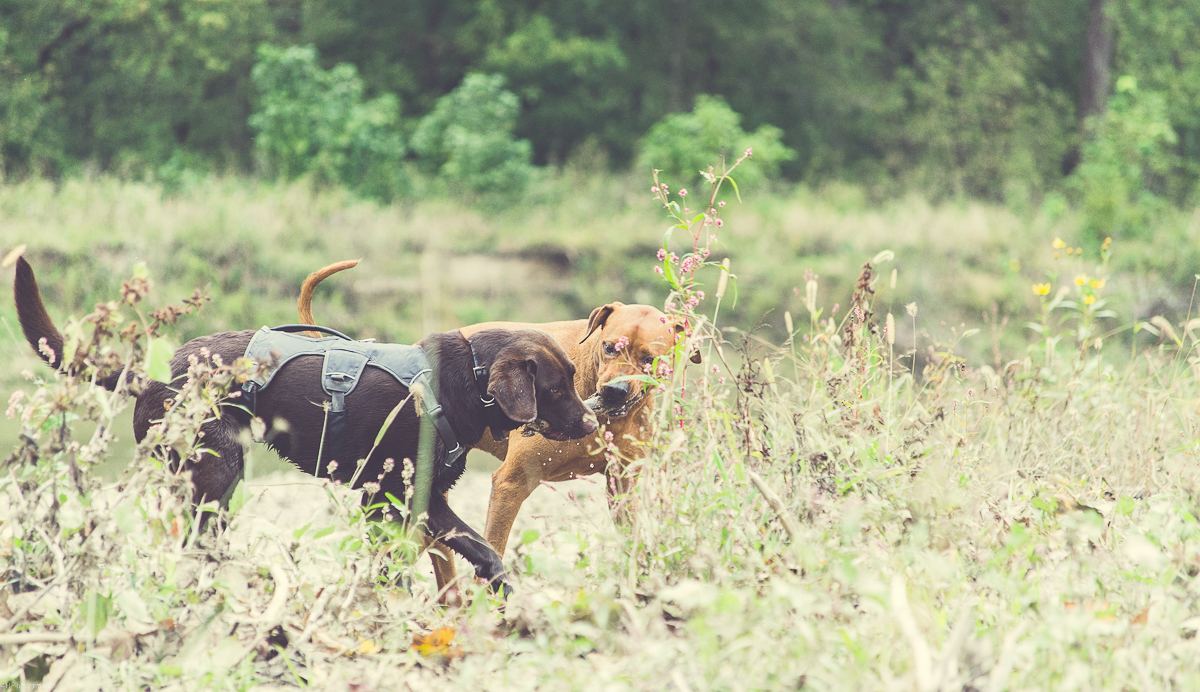 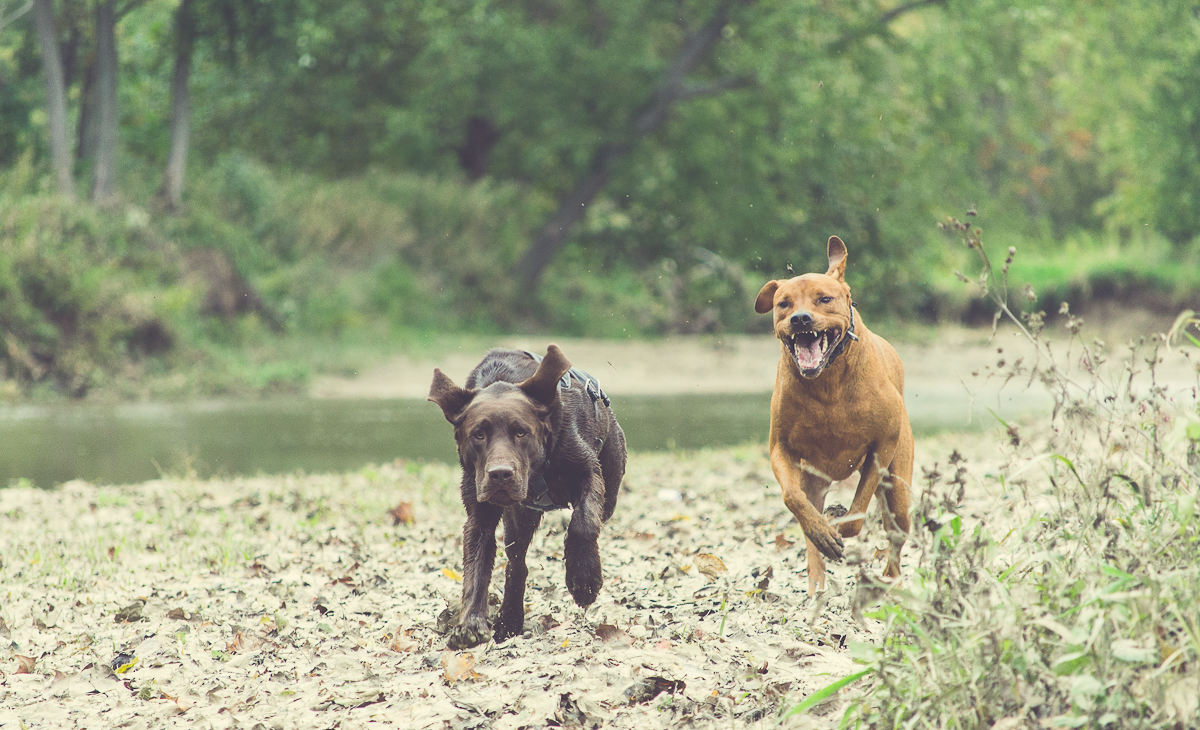 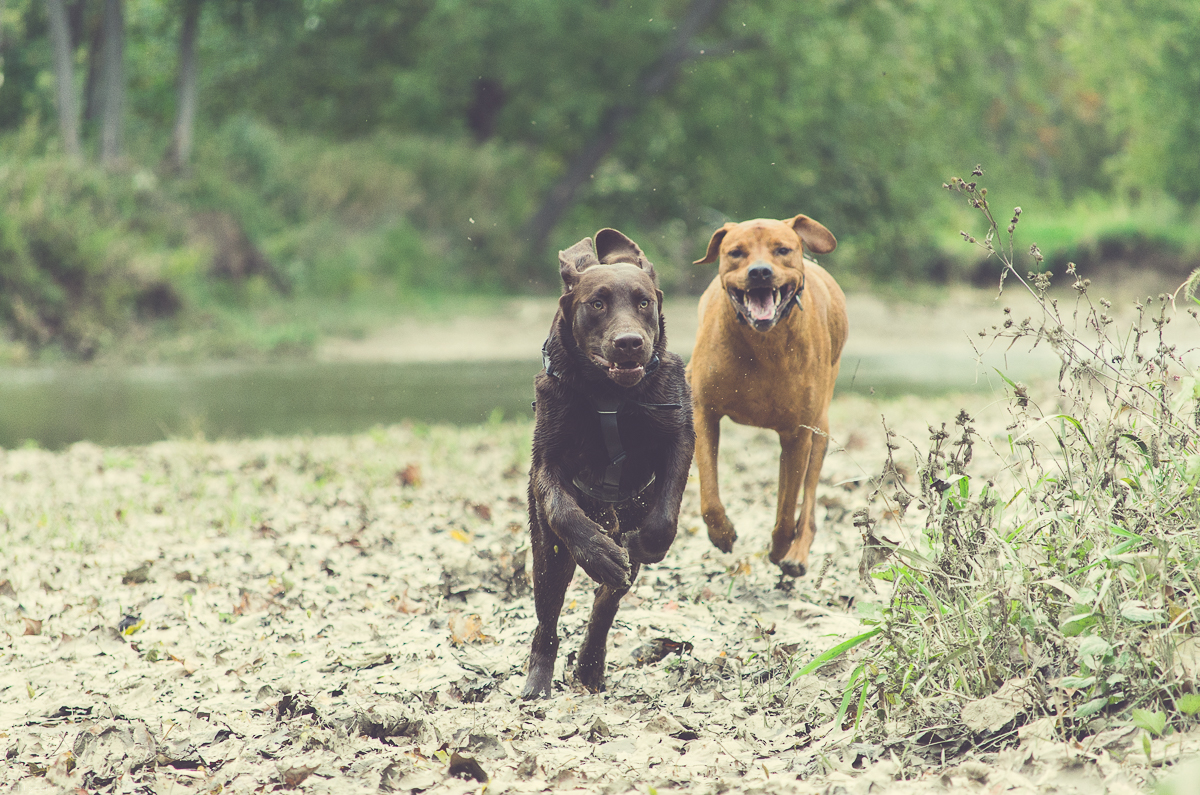 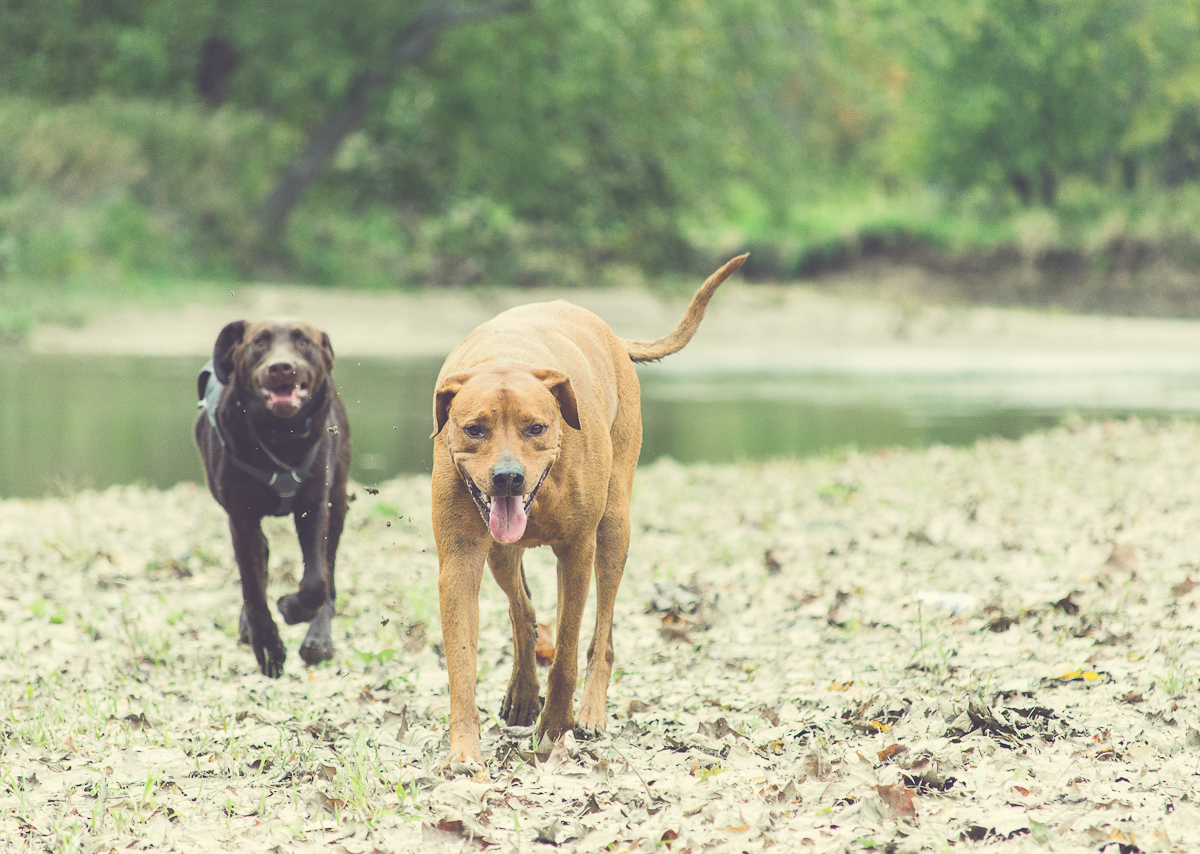 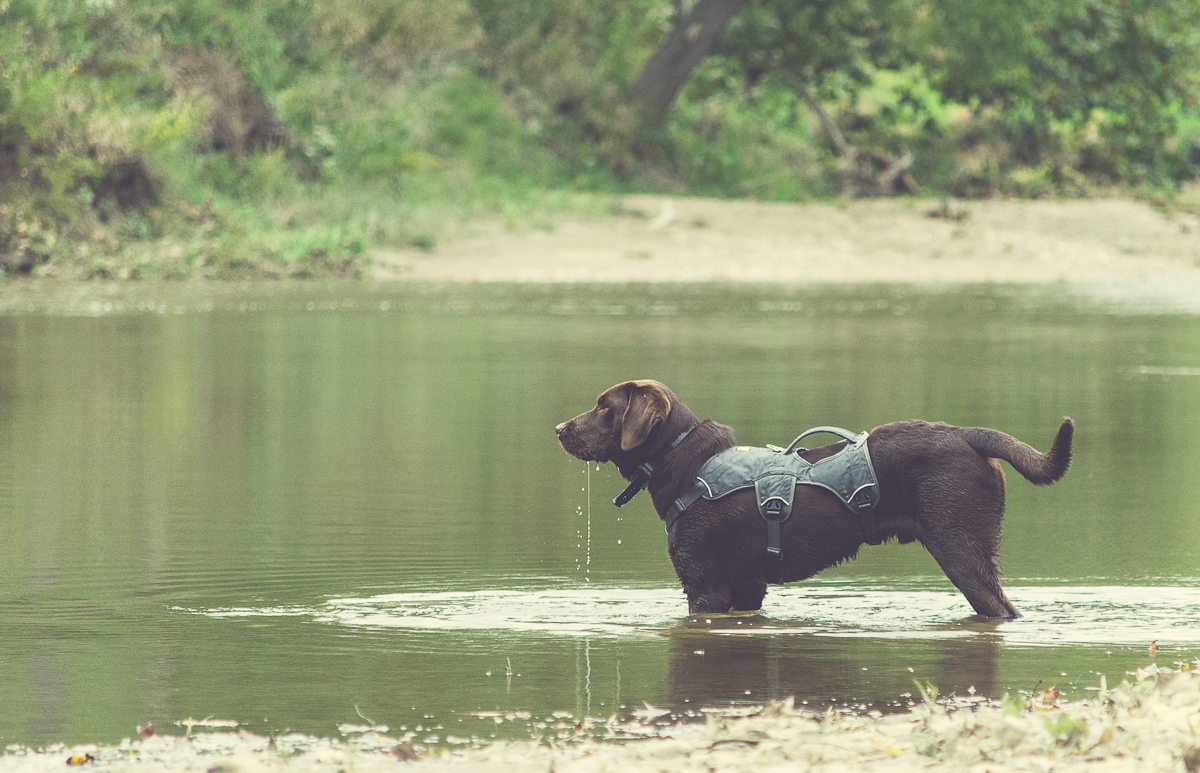 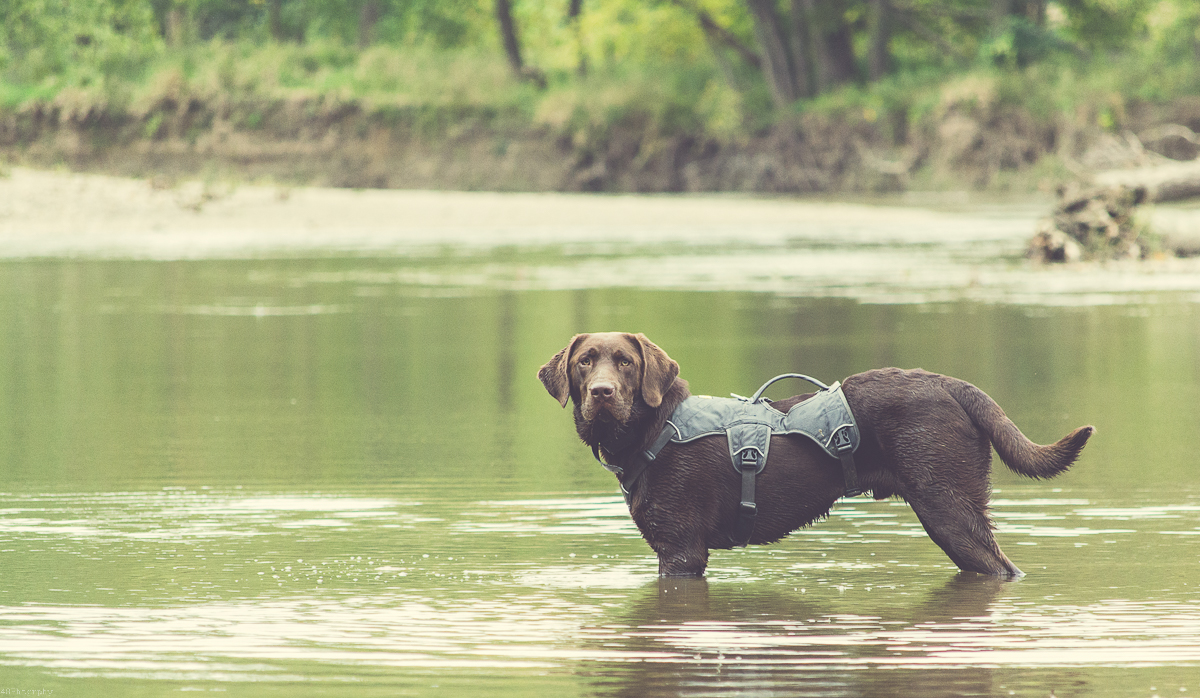 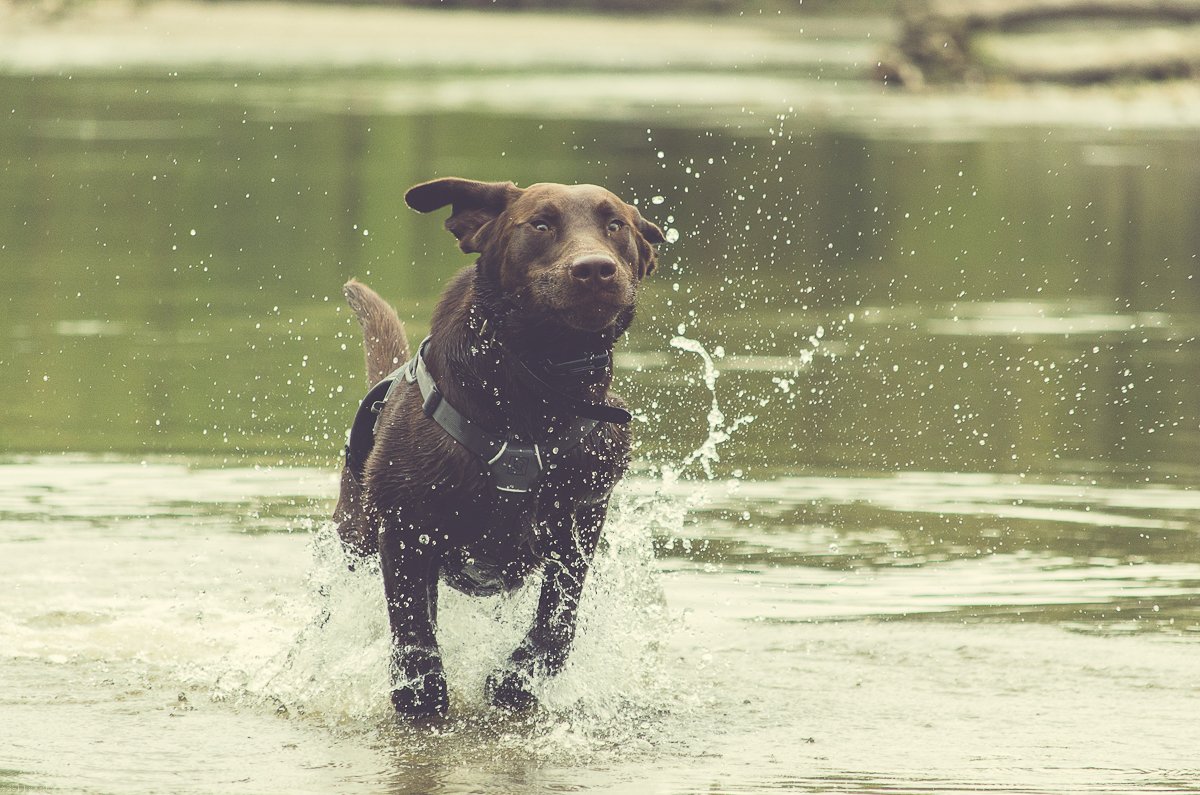 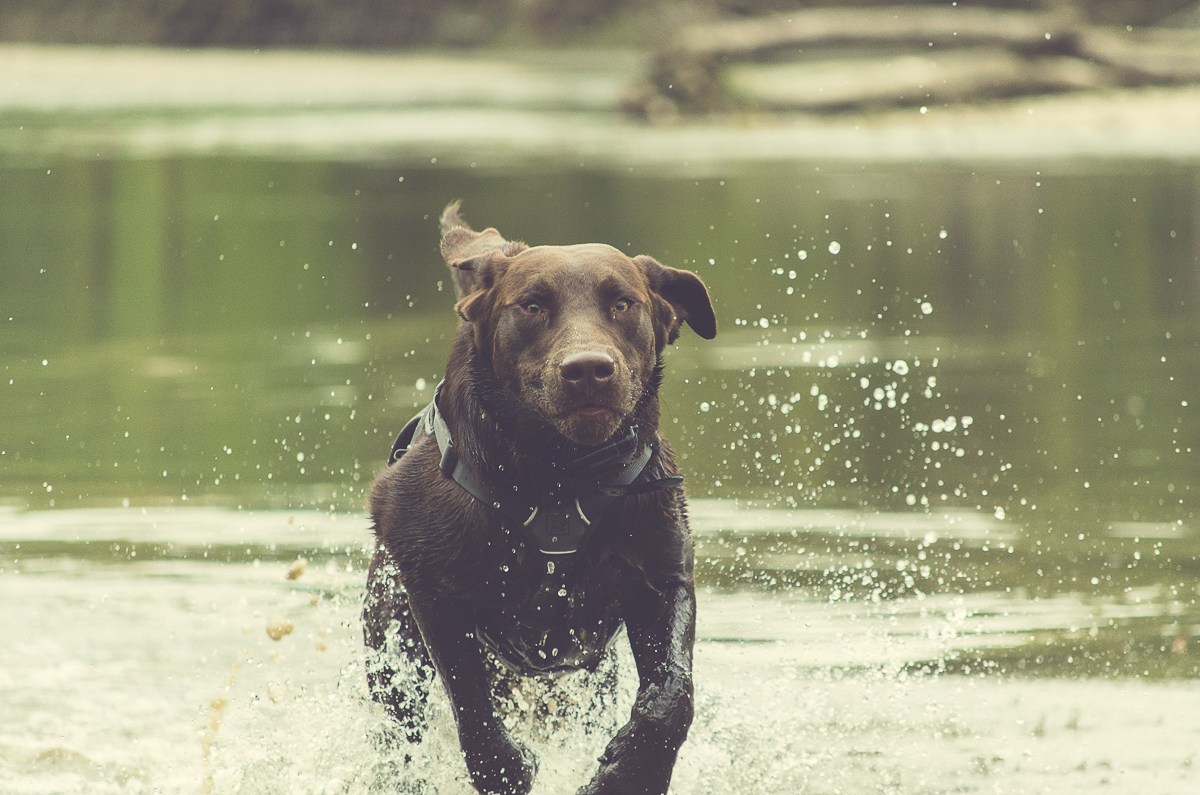 One thought on “Photo Essay: Fritz and Finn Take on October”