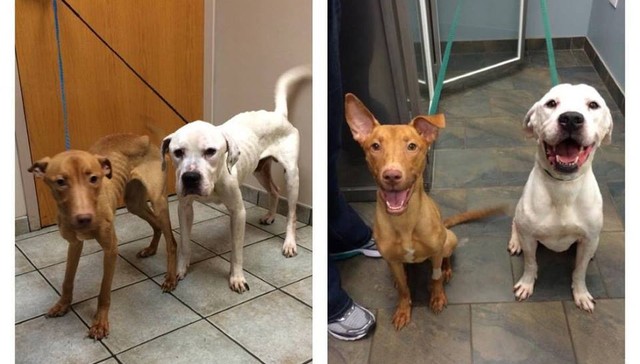 A wonderful article on The Dodo tells the story of Oscar and Emmy, two dogs who were found in an abandoned Chicago building two months ago. According to folks at Trio Animal Foundation, who took in the poor pups, both were starving and in need of urgent veterinary care. But it turns out that Emmy got more than medical care:

“Emmy fell for one of her vet technicians and he fell for her,” Trio Animal Foundation posted on Facebook. “When Emmy was weak and didn’t want to leave Anthony’s side, he would drape her around his neck and carry her around like a little fawn … this is when Emmy was happiest.” 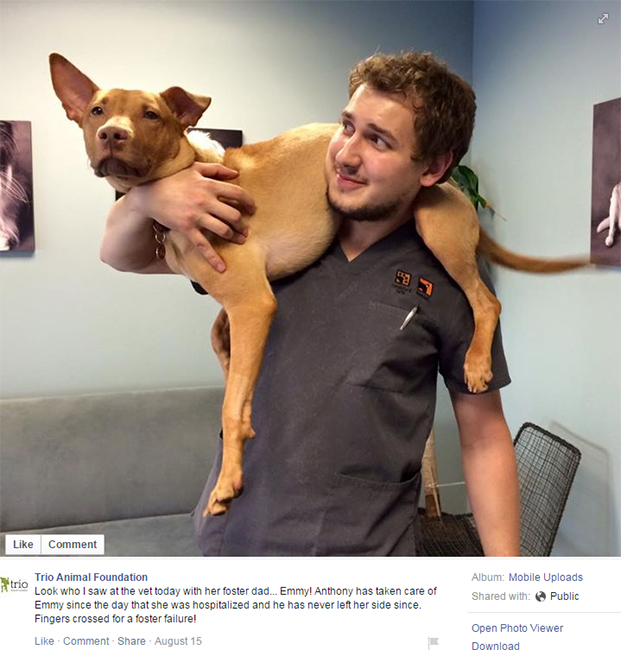 Emmy had found her forever home, but now it’s time to help Oscar, who needs a loving home of his own. 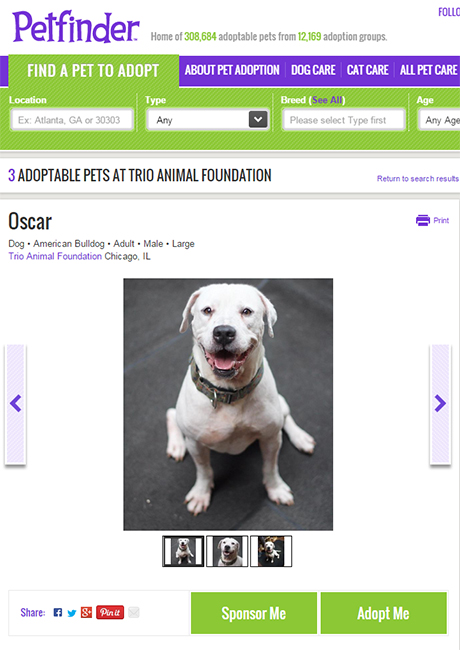