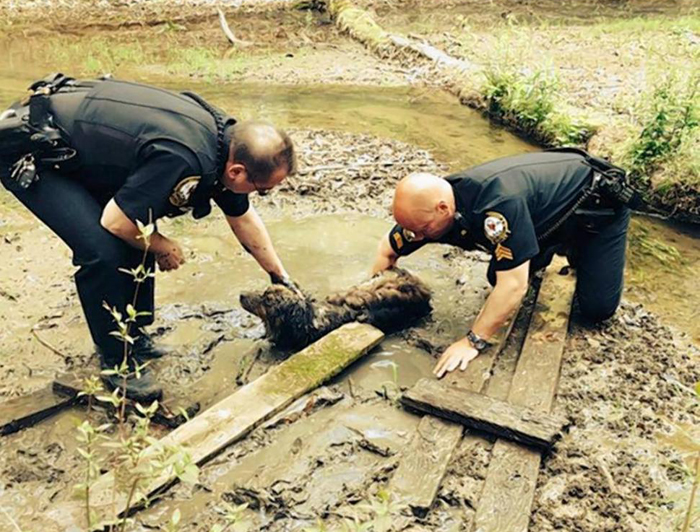 A 13-year-old Australian Shepherd named Pluto, who had been missing for more than two days last week, was discovered by his owner up to his neck in a muddy bog in Willstown, Pennsylvania. Sheila Shorr knew she couldn’t rescue him alone, so she called for help. The officers who responded did a fantastic job helping the terrified, exhausted dog:

“I just pictured my own dog and what I would want somebody to do and that’s to go get it,” Kushner said.

Pluto is recovering slowly, and Shorr is ecstatic to have him back. Both police officers are being hailed as heroes, as they should be.