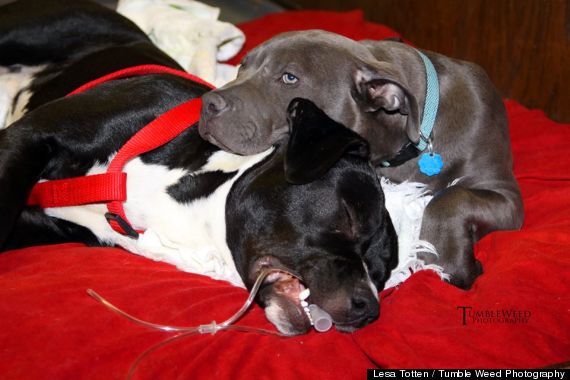 Dominic lies with a dog who has just come out of surgery
Photo via huffingtonpost.com

Here’s a heartwarming story of a Pit Bull named Dominic who plays against type. Instead of living up to his breed’s stereotype, Dominic has been dubbed a “pro cuddler.” Still a puppy, at 18 months old, Dominic “works” at Denkai Community Veterinary Clinic, in Greeley, Coloroado, where he was brought after being rescued. According to Vet tech Stephany Haswell, who adopted him, Dominic is a natural caretaker:

“He lays down in his spot and waits for patients to come out of surgery. He likes to help getting them in their kennels and usually just waits in his bed right outside the surgery door. He knows when it’s time.”

While animals can be aggressive due to the pain of injuries or operations, cuddles from Dominic help keep them calm. Haswell says he pays special attention to the ones who cry and goes where he’s needed. 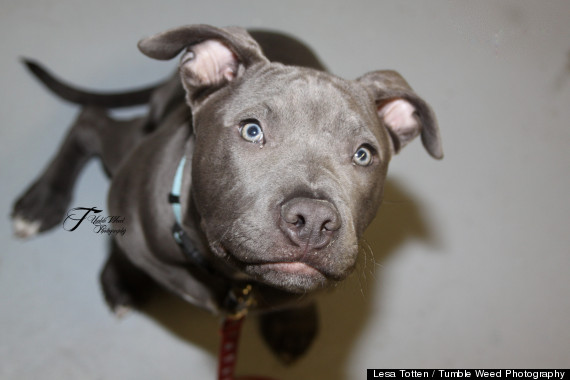 Is that the face of a “vicious” dog, as many folks stereotype Pit Bulls?
Photo via huffingtonpost.com