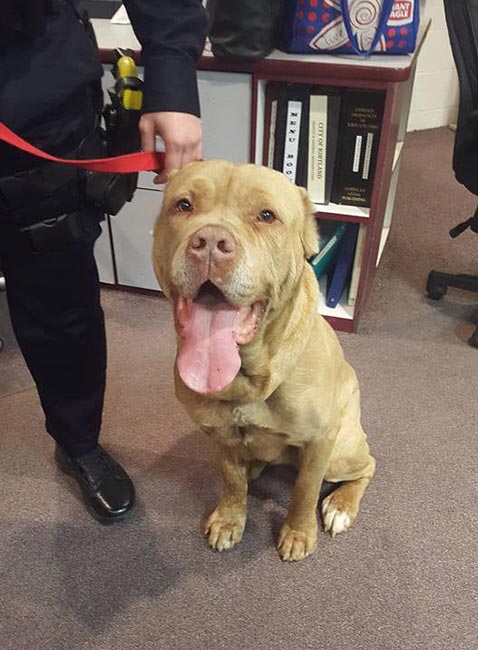 John Doe, or “JD,” won over the hearts of the policemen who rescued him.
Photo via facebook

When police officers in Kirtland, Ohio, picked up a stray dog on March 31, they did what they always do: the searched for the pup’s owner. They nicknamed the dog “John Doe” and waited for someone to come pick him up. After several weeks, it was clear that “JD” was on his own. That’s when the cops did something special:

“The folks here at the Police Department wanted a good home for JD (this is now his name) so with the permission of the Chief and the Mayor JD has been adopted by the Kirtland Police Association but they also share the warmth this stoic animal has brought with City Hall and the Fire Department,” reads a post on the Kirtland PD Facebook page.

The dog now has a forever home where “He loves everyone and we love him.” It’s a Win-Win situation. JD is now prominently displayed as the banner image on the Kirtland Police Department facebook page.

One thought on “Police Officers Adopt Stray Dog as Their Own”