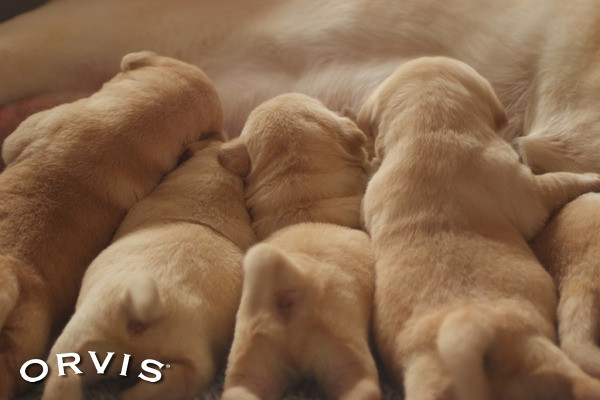 Most dog experts recommend that a puppy stay with his mother and littermates for the first eight weeks of his life, or more, to assist with his healthy emotional development and socialization, which in turn will increase the likelihood he grows up to be a well-adjusted dog. Many state laws stipulate the same. Reputable breeders or well-run community shelters should not allow you to adopt a puppy before then. So, as hard as it may be to wait for your tiny new canine companion to be old enough to take home, take solace in the fact that it’s for the best. Giving him sufficient time with his canine family will ultimately ease his transition into your household, make him easier to train, and minimize potential behavioral problems.

At the very least, puppies should not leave their mothers until after they have been completely weaned, a process that doesn’t typically start until after five weeks from birth. Similar to human babies, puppies obtain important nutrients and immunity against certain diseases from their mother’s milk. Thus, separating the puppy from his mother too soon could have a negative impact on his physical health. Moreover, it would be unwise to remove the puppy from his litter while he is transitioning from nursing to eating solid food because it’s likely to overwhelm him during an already-stressful adjustment period. He needs to be well on his way toward independence from his mother before he can safely leave the nest. 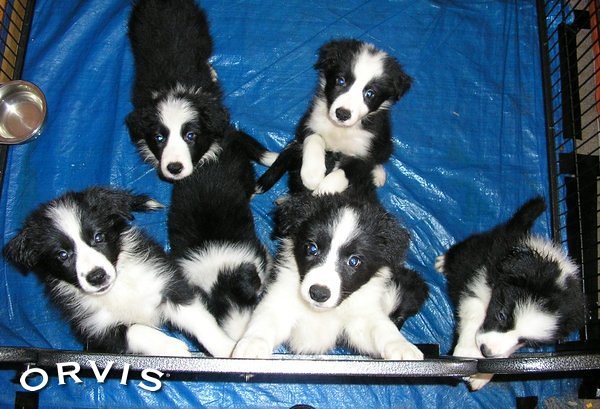 Various puppy studies have revealed that certain behavioral problems–including aggression, fearfulness, guarding, and destructiveness–result when puppies are separated from their litter too soon. Though it may not be obvious to the casual observer, puppies learn many important early lessons from their mother and littermates. Watching a litter of puppies play together looks a little like war: they wrestle and bite and jump on each other mercilessly. This is primal behavior; they are actually play-acting how they might behave in the wild. In the process, they’re learning basic canine social skills they will need later in life, such as how to use their mouths gently, with the occasional correction from their concerned mother.

Ideally, during this same period, members of the litter are interacting closely with the humans tending to them, developing an additional set of social skills and starting to understand how to behave with humans as well. This early human education and bonding is critical to your puppy’s developing character as is the continued socialization that will take its place after you’ve adopted him. Being exposed to as many people and new experiences as possible early on helps your puppy develop confidence along with a positive outlook toward life. 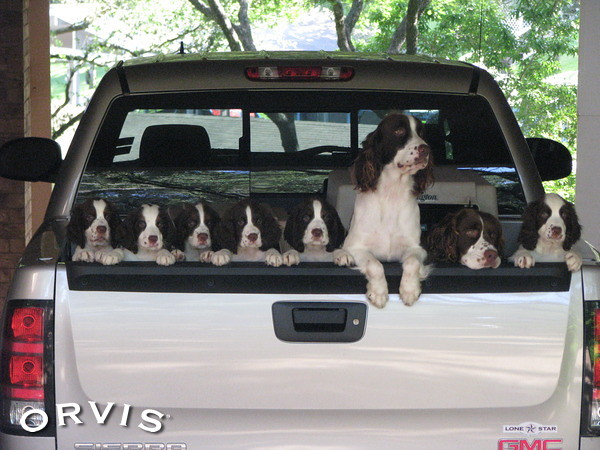 The process of helping your puppy develop into a “good” dog is tricky business that demands enormous patience and understanding of his developmental and emotional needs. He is most impressionable between three and twelve weeks of age, which is the best time for him to learn from those around him. Conversely, however, it’s also when he’s most vulnerable to negative experiences, which is why you must time his adoption to best suit his needs and not yours. His ultimate well-being is contingent upon spending quality time with his canine family for at least the first eight weeks of his life.