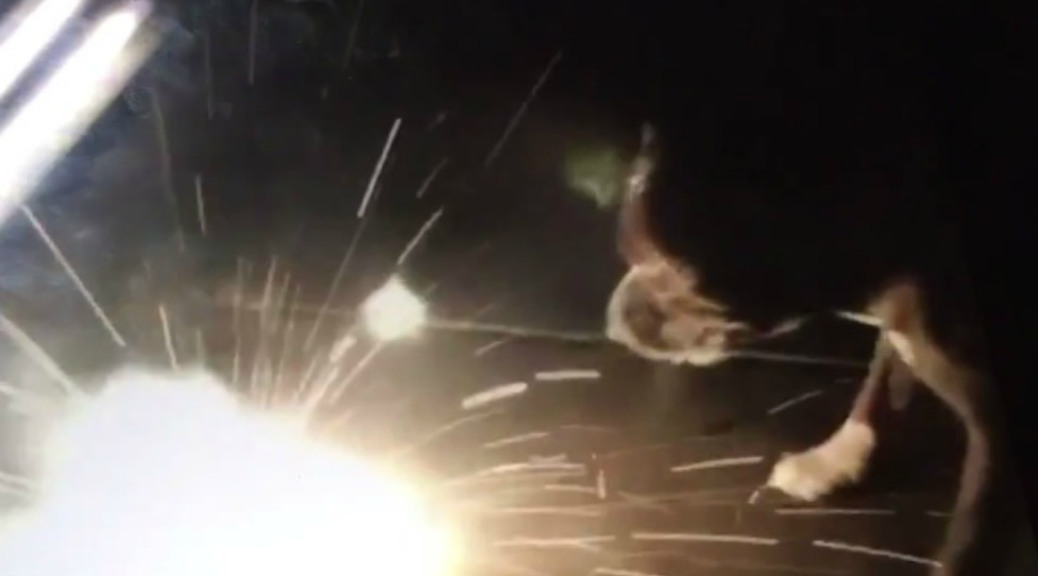 Jax the dog attempts to pick up a lit firework.

We often find ourselves asking, “How do people not know that XXXX is wrong?” We might be talking about leaving a dog in a hot car or mistreating a person with a service animal. But this story will have you shaking your head because how could anyone not know that treating a dog this way is wrong?

I have never seen the television show “Teen Mom 2,” and didn’t actually know it existed until I read this story. Apparently, the star of said show, Jenelle Evans, thought it would be funny to throw a lit firework and tell her dog to fetch it. (Even dumber, she then posted the video to social media.) To make things worse, her child witnessed the event. What lesson did he learn from his mother’s witlessness?

And you won’t believe how she responded when folks criticized her for her actions. . .