[Editor’s Note: There are several stories in today’s news about people leaving dogs in cars when it’s hot outside, so I thought it was worth reposting this story from last summer. It shows that you can do something if you encounter a situation that you believe is dangerous for a dog, but the law might not be on your side.]

A couple weeks ago, we posted about the dangers of dogs left in hot cars and argued that “It’s always easiest to just walk away from a situation that might be considered someone else’s problem, but saving a dog is worth getting yelled at by an embarrassed or irate owner who feels that you’re telling them how to parent their dog.” Well, one woman in Albuquerque took that attitude to the extreme, perhaps saving a dog’s life in the process.

Susanne Jones saw a little dog locked in a car parked in a medical clinic’s lot, with the car’s windows barely cracked. The dog was showing clear signs of distress, pawing at the windows, until it finally gave up and curled up on the floor. Jones reported the case to the Animal Welfare Department, but when they didn’t show after 40 minutes, she put the dog’s safety ahead of the law and smashed a window in the car. Then the cops showed up.

The resolution to the story is a good one: the woman who left her dog in the car did not press charges against Jones, and she will have to attend a dog-safety course to avoid punishment. 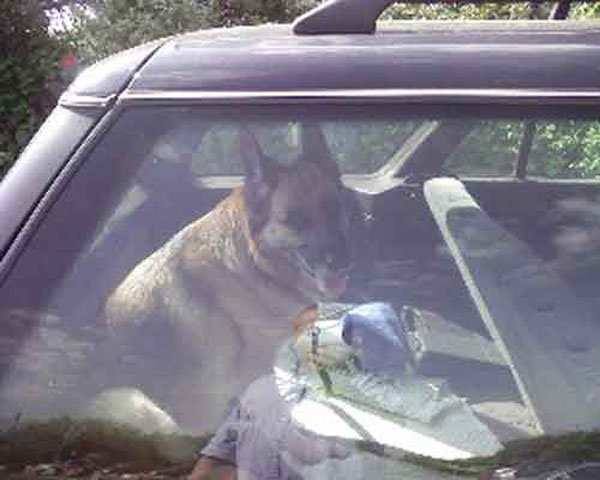