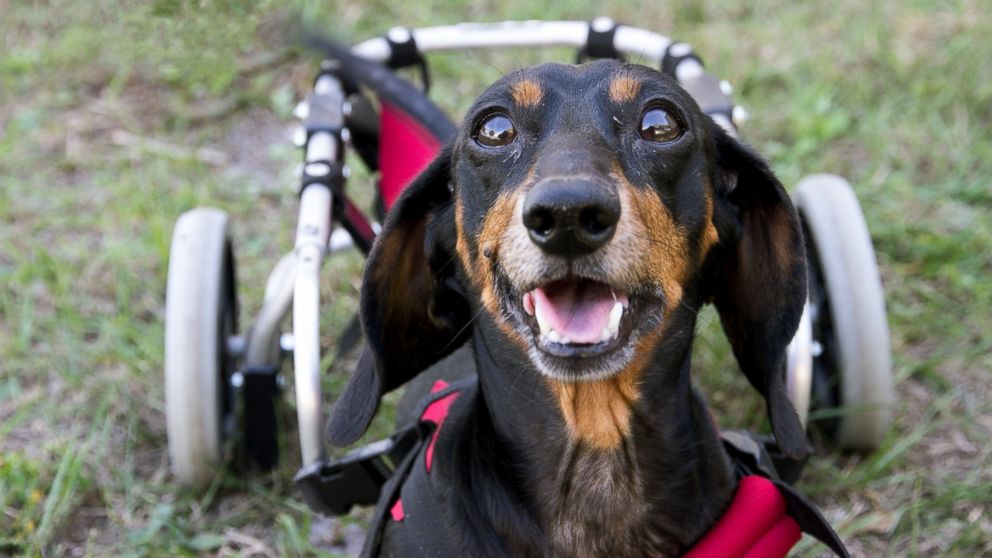 Willie is learning to walk in his new wheelchair.
Photo via abcnews.com

A few weeks ago, someone abandoned Willie the Dachshund in a box next to a dumpster near the Humane Society of Tampa Bay’s shelter. His tail and hindquarters were paralyzed, which was probably why his owner felt that he couldn’t care for the dog. (Although the fact that person wouldn’t just bring Willie into the shelter suggests an awareness that this excuse was wrong.) It’s a hard life for disabled shelter dogs, which can be very hard to rehome.

But luckily for Willie, Sandy Lewers walked into the shelter and heard that distinctive Doxie bark. Since Lewis has had Dachshunds since she was a child, she was curious about Willie and asked to see him. That’s when the real magic started to happen:

A shelter employee warned Lewers that Willie, who is thought to be about seven years old, would need a “special home” – and Lewers said her house fit the bill.

“We have two autistic kids, and I have a dog who was in a wheelchair, so I was ready for it,” Lewers said.

She adopted Willie that day and brought him home to her three other dachshunds, a Labrador-golden retriever mix and a cat.

According to Lewers, her autistic children have really taken to Willie, and his presence has had a profound, positive effect on them.

Isn’t it amazing when things that seem to be hopeless turn completely around for the benefit of all?