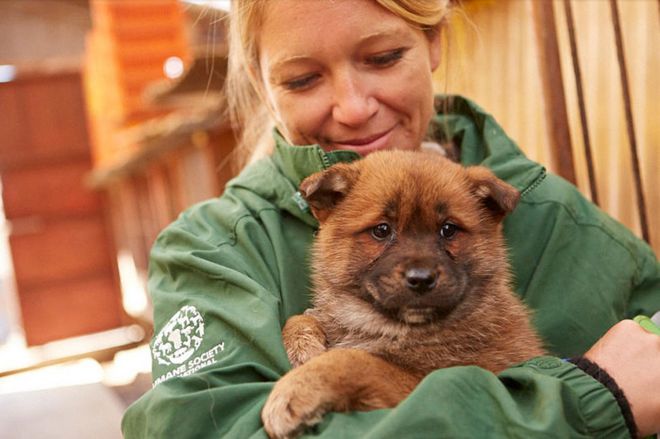 For decades, activists have been protesting the meat-dog trade in Asia, but it’s been difficult to make inroads against a firmly entrenched tradition. But an organization called the Change for Animals Foundation is trying something new: offering dog farmers a chance to start a new life with a new business. Recently, the group bought out a farmer in South Korea, freeing 103 dogs in the process. The farmer received some money and signed a contract saying he would no longer raise dogs and would work to talk to other farmers. The rescued dogs are heading to new homes in California.

As the report makes clear, it’s not just Westerners trying to change things. As pet ownership is on the rise in Asia, many people are starting to look at dogs differently. . .

Click here for the full story and a video report. Warning: The story does get a bit preachy at the end, which is unfortunate.