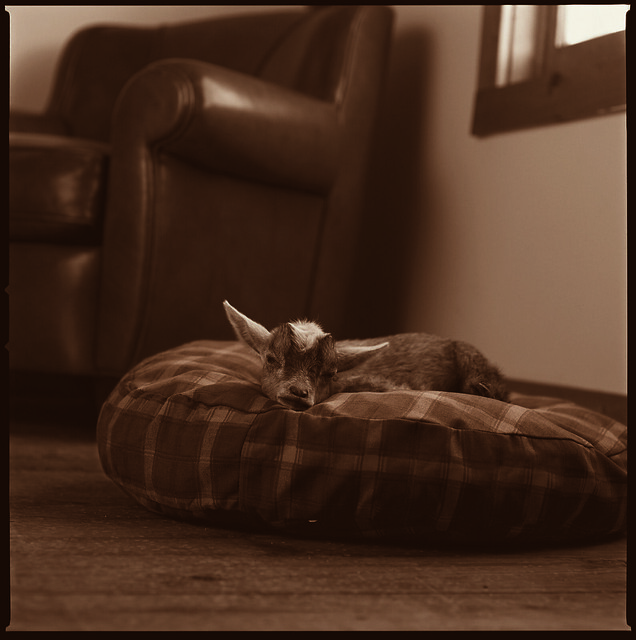 Williams the goat received this comfortable bed from a traveling tweed salesman. So,
technically speaking, we should perhaps refer to these products as “goat beds.”
Photo courtesy Perk Perkins

Of all the products Orvis has introduced over the years, none has received a better reception than the Dog’s Nest® dog beds. No doubt this is because the dog is perhaps the greatest common element shared by everybody remotely familiar with the Orvis lifestyle.

Believe it or not, it wasn’t a dog who inspired the first Orvis Dog’s Nest. Rather, it was a goat by the name of Williams—a pet of our president and CEO, Perk Perkins. In 1976, an English tweed salesman sent a cozy, soft bed to the United States for Williams to use. Unfortunately, Williams soon discovered he had a bit of competition at naptime. 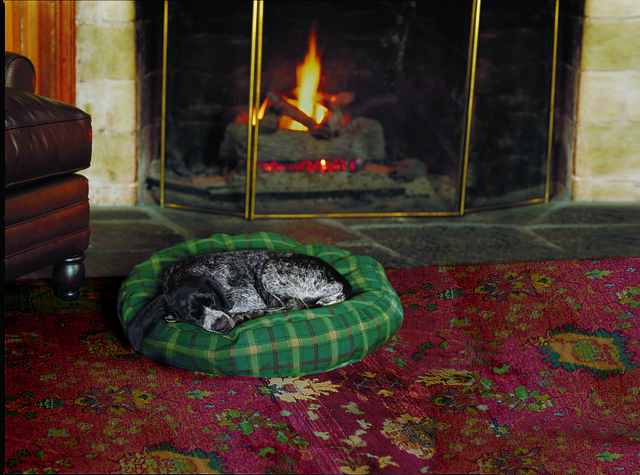 Leigh Perkins—Perk’s dad and leader of the company from 1965 to 1992—remarked, “When we saw how much all the dogs in our house took to it, we knew the product was a perfect match for our dog-loving customers.”

And with that, the Orvis Dog’s Nest was born. Since the first Dog’s Nest was introduced in 1976, Orvis has sold nearly one million dog beds. And we have a goat to thank for idea! 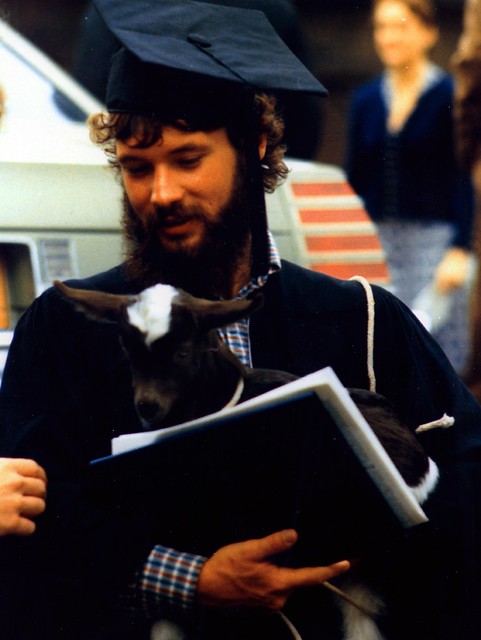 Orvis CEO Perk Perkins at his graduation from Williams College,
along with his pet goat of the same name.
Photo courtesy Perk Perkins

2 thoughts on “Revealed: The True Story of the First Orvis Dog’s Nest”