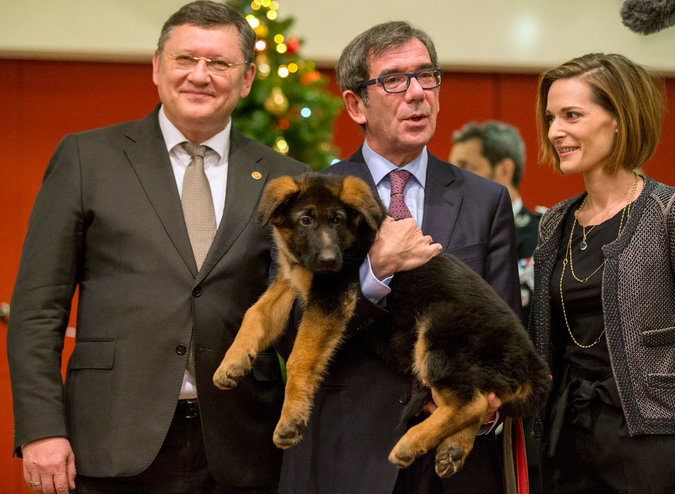 Jean-Maurice Ripert, the French ambassador to Russia, holds Dobrynya at the ceremony in Moscow.
Photo by Pavel Golovkin/Associated Press via nytimes.com

Last month, we posted about Diesel, the incredibly brave Paris police dog who died in a raid on an apartment where two terrorists were holed up. Diesel’s story touched dog lovers around the world, and yesterday a Russian deputy minister of internal affairs presented a German Shepherd puppy named Dobrynya to the French ambassador at a ceremony in Moscow:

Jean-Maurice Ripert, the French ambassador, called it “a gesture that comes from the heart.”

“The puppy you are giving us today will replace Diesel and proves your friendship. They are waiting for this puppy in Paris,” he said, according to Politico.

It’s a great gesture between countries and speaks to the high regard that the world has for the important work these police dogs do every day.