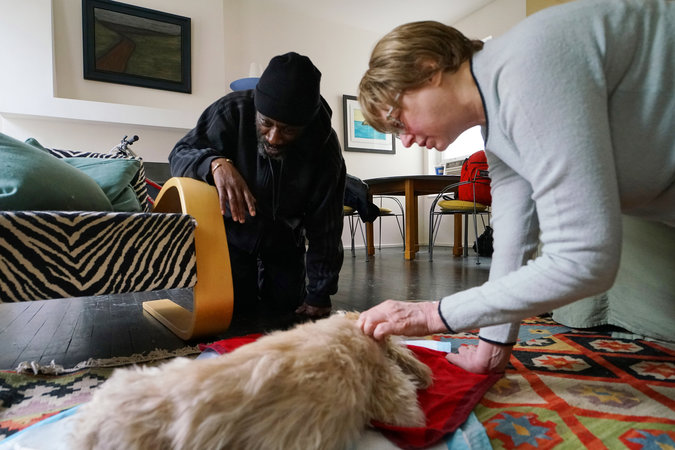 We post a lot of stories about people who help dogs who are living on the street, but this tale from the New York Times turns that equation on its head. Raymond Goynes had been living on the street for almost 20 years, when a chance encounter with a beautiful Wheaten Terrier changed his life:

“After I got Sonja, he saw various people walking her when I was at work,” said Ms. Kilty, who was studying to be an epidemiologist. “He said to me, ‘I can walk your dog.’ He said this to me several times and eventually I thought why not give it a try, because he clearly needed some income and support.”

For the last 11 years, Mr. Goynes has been Sonja’s walker, sitter, and friend. On March 8, he traveled uptown to say farewell to the dog who helped him re-enter society and get his life back on track.

Although there’s a sad ending to this story, the profound effect that his relationship with Sonja had on Mr. Goynes’s life is a testament to the healing powers of a dog.

Click here for the full story and some great photos.