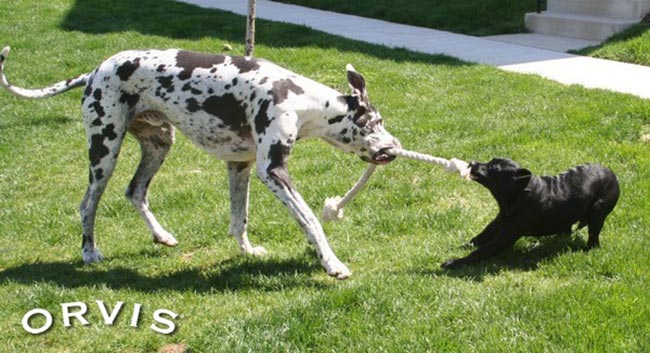 Large dogs and small dogs can both be wonderful pets, but there are differences.
Photo by Kerry, Quantico

So you’ve taken the plunge and decided to adopt a dog: congratulations! Now all you have to do is figure out what kind of dog to get. If you are new to the world of dogs, the choices may seem overwhelming. Many people embark on the adoption process by initially focusing on dog size, deciding whether they think a big dog or a little dog would be best given their living situation and lifestyle. But there are other important factors in addition to size to consider when adopting a dog:

Except for the last point (which we’ve included because some people think it’s significant—there are no empirical studies that confirm qualitative differences between male and female dogs), each has its advantages and potential drawbacks which you can read about in our informative dog adoption post. Similarly, there are pros and cons related to adopting both small and large dogs, as we explain below. 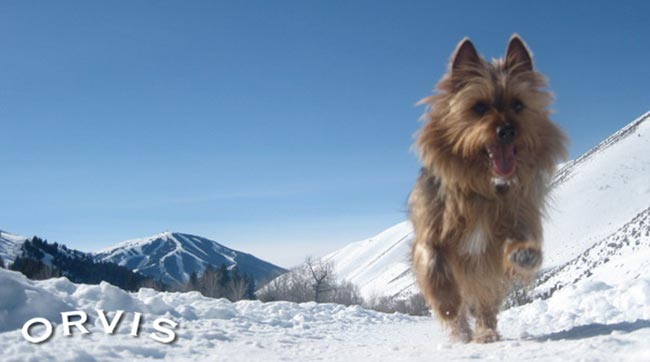 Many people have preconceived notions about small dogs, which don’t necessarily jive with reality. For example, some believe a small dog would be the best choice for a confined space, such as an apartment, but that is not necessarily true. A number of small dogs are members of the terrier family which include breeds that tend to be headstrong and vocal, with an abundance of energy. These traits can be a nuisance, or worse, can turn into destructive behavior if not channeled properly through mental stimulation and frequent, vigorous exercise.

On the other hand, some small breeds, including Toy Poodles, French Bulldogs, and—yes—certain kinds of terriers such as Boston Terriers, are quiet, laid-back companions who would be perfectly happy to hang out in an apartment, in between walks.

So, if you think you want a small dog just because you perceive them to require less attention and exercise, think again. If your heart is set on a small dog for other reasons, research small breeds first and find out which are most appropriate for your purposes.

By the same token, don’t dismiss large dogs out-of-hand because you think you won’t be able to manage them. Some large breeds are surprisingly mellow or as some Greyhound owners have been known to say—lazy—and are happy hanging out in a warm, comfortable bed (not necessarily their own) until their human companions call them to action. 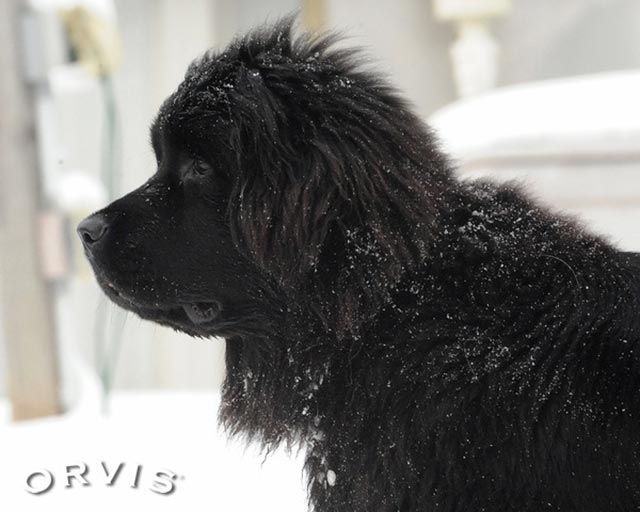 Newfoundlands are known for their calm demeanor and fierce loyalty.
Photo by Mark, New Kensington

The size of the dog you adopt IS important under certain circumstances. For example, if you live in a cramped space or plan to travel frequently with the dog in a small car, or via public transportation, a smaller dog is easier to transport and takes up less space. If you live in an urban or suburban environment where you have to curb your dog, small dogs are slightly easier to pick up after though not always easier to walk on leash, which relates more to breed and training.

If, on the other hand, you have plenty of space and are physically active, hoping to have a canine companion to accompany you, say, on long hikes or runs, and/or maybe even carry a pack with some gear, big dogs are generally sturdier, with more stamina. As always, there are exceptions: for example, tiny, feisty Jack Russell Terriers can go head-to-head with any large dog breed when it comes to active pursuits (except for the ‘carrying the pack’ part). On the other end of the spectrum, giant breeds like Newfoundlands and St. Bernards generally shouldn’t be subjected to intense physical activity because it could stress their joints and cause them to overheat.

Before adopting a dog, make a list of the top qualities you desire, including size if that’s important, and spend as much time as possible researching and identifying breeds that meet your criteria. This can be a challenge—or part of the fun, as many of us have found—when adopting a mixed breed. In any event, dogs are unique individuals, just like humans, so research will only get you so far. Your best bet is to spend as much time as possible with any potential canine adoptee, observing her temperament, and trust your gut to guide your decision. Regardless, of size, breed, etc., as long as you socialize and train your new dog properly and give her plenty of love and affection, the odds are she will turn out to be just what you wanted.

2 thoughts on “Small Dog Versus Big Dog – What Size Is Best for You?”