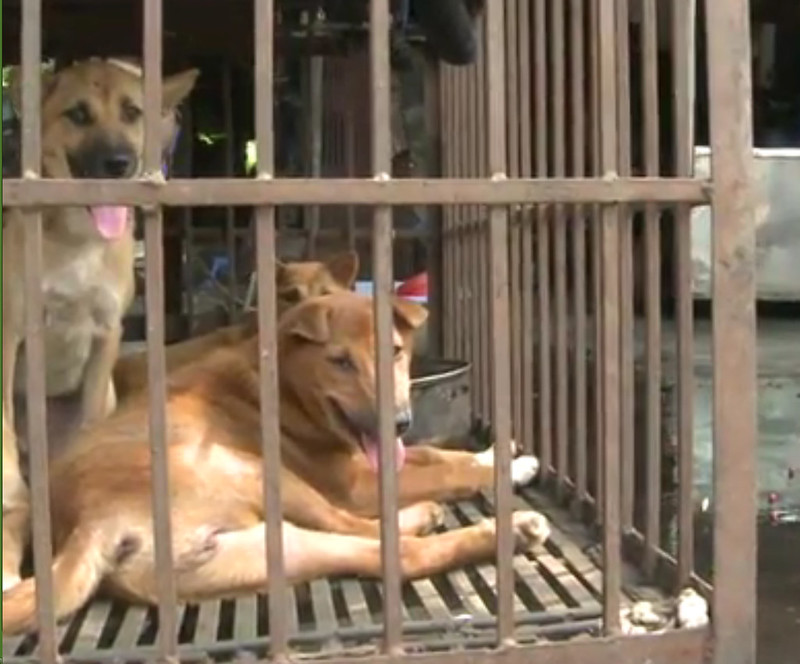 The trade in stolen dogs has plagued the region for years.
photo courtesy First Coast News

Back in May, we posted about how attitudes toward dogmeat have been changing in Vietnam. This is important because much of the trade in dogmeat is illegal, involving dogs stolen from other countries. The reason that dog traffickers steal pets is that it’s much easier than catching strays.

Last week, in an important step, the governments of Vietnam, Cambodia, Thailand and Laos struck a deal that aims to halt the trafficking of dogs for meat:

The new program focuses on motivating law enforcement to tackle smuggling and includes a five-year ban on importing dogs into Vietnam. However, many remain wary as all countries in the region already prohibit the transport of dogs across borders without evidence of vaccination against rabies, health certificates, export licenses and being properly identified. “[The deal] is a great move forward but we need to obviously see that it’s enforced,” explains Dalley. “It will need strong action from the government and involve other agencies such as the border control and police.”

As with any project that tries to shut down an industry that nets huge profits for crime organizations, there are sure to be struggles. But this is great news for dogs and dog lovers in the region.