File this one under “what were they thinking?” Athletic shoe and apparel company Pearl Izumi recently released a print ad and video depicting a runner performing CPR on a yellow lab who appears to be unconscious. Below the image, the tag line “RUN LONGER” appears – the idea apparently being these shoes will make you out-run your dog … to the point of exhaustion.

The good news is something positive has come out of this err in judgement, and dogs’ lives may well now be saved. The company has posted an apology on its Facebook Page, stating that they have committed to help spread awareness of the serious problem of heat exhaustion in dogs, and have made a $10,000 donation to the Boulder Valley Humane Society: 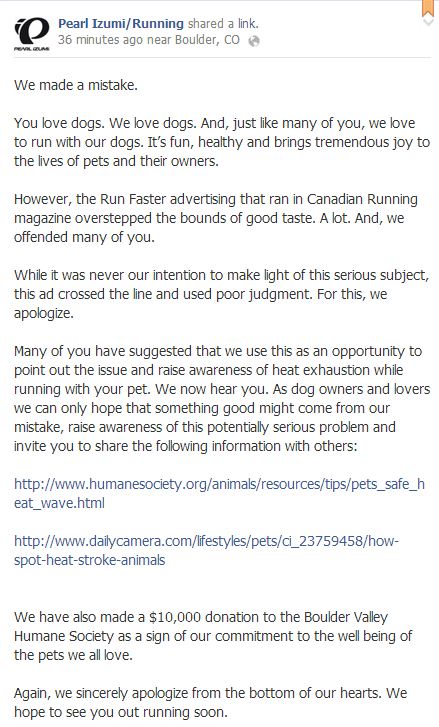 Mistakes happen, and it’s always best if we learn from them. We’re glad the company created some good from an unfortunate situation.