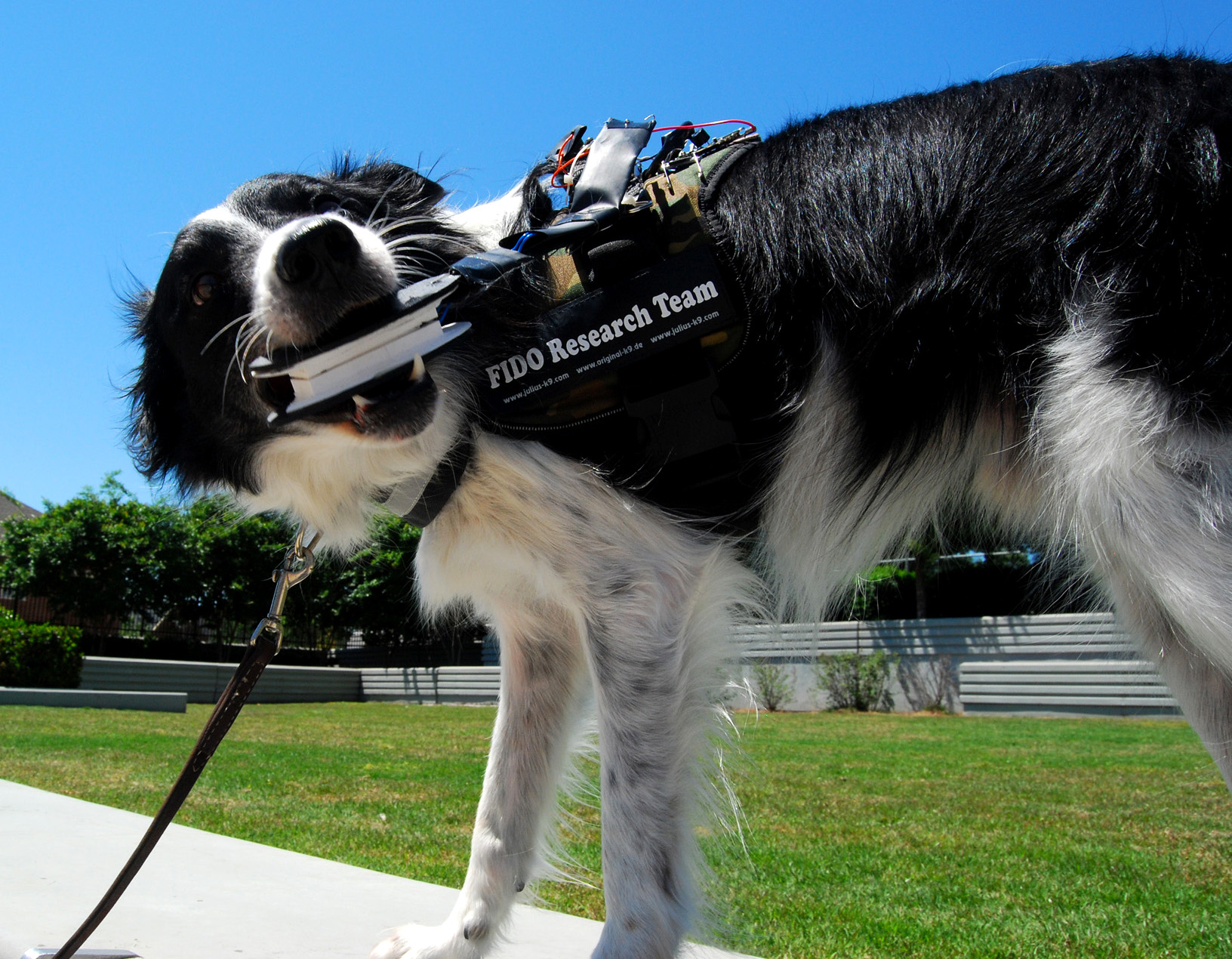 A pup tries out a special vest created by the FIDO Research Team.
Photo via clintzeagler.com

This is pretty cool. A group of research scientists created a project called FIDO (Facilitating Interactions for Dogs with Occupations), which set out to research wearable technologies that could support communication between working dogs and their handlers.

The team created various forms of wearable technology equipped with sensors that dogs could activate in certain situations. Clint Zeagler, one of the research scientists involved in the project, presents several scenarios in which these devices could be helpful. One such example:

Melissa and her guide dog Roman are walking along a familiar sidewalk when Roman suddenly stops. Melissa asks him to go on, but Roman refuses. Melissa checks for obstructions with her collapsible cane and feels nothing in their path. “What is it, Roman?” Roman tugs a tab on his harness and the message “go around” sounds in Melissa’s earbuds. Roman finds a safe route off of the sidewalk, avoiding the wet cement in their path.

Working dogs are already so amazing in improving quality of life and saving lives, it’s thrilling to imagine this research might actually enhance these abilities. One might also surmise that making it easier for a dog to communicate in dog-friendly ways might make his job easier and more satisfying.