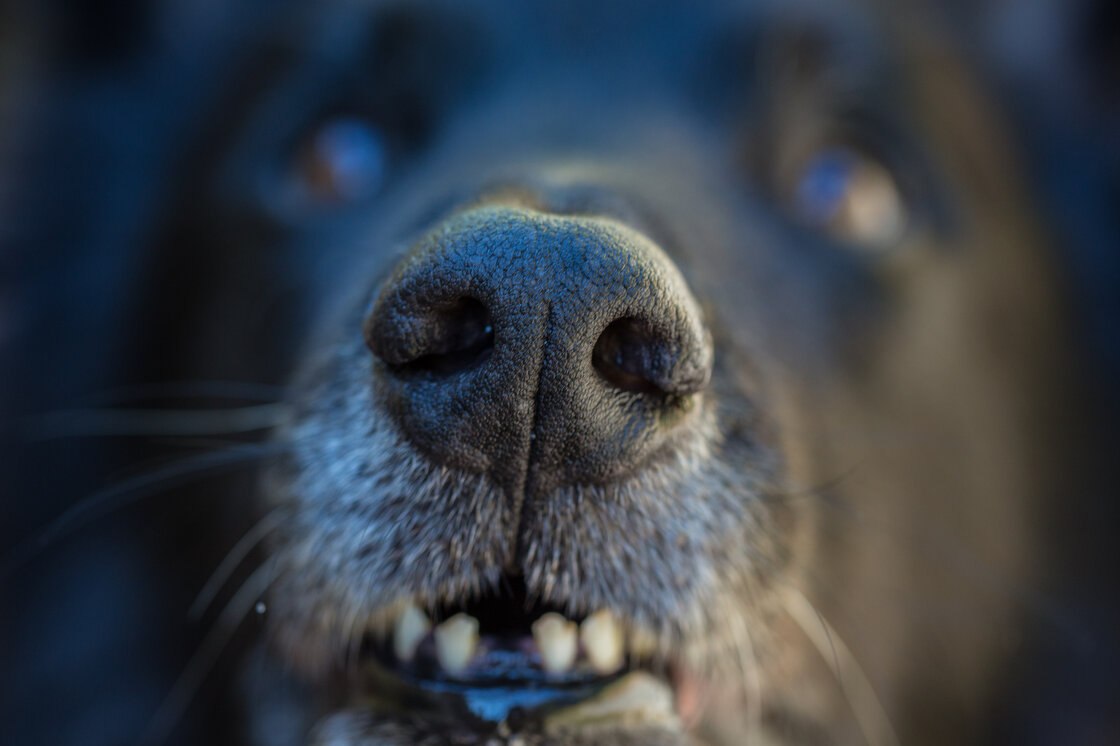 Dogs exhale through the side slits of their nostrils so exhaling air doesn’t dilute the scent of incoming air.
Photo via npr.com

A fascinating story on npr.com today focuses on how scientists are using dogs to help in field work. Specifically, the story features a Groenendael (Beligian sheepdog) named Sharpy, who is being trained to sniff out the nests of western pond turtles. However, the report goes on to delve into the amazing sensory powers of a dog’s nose:

“The dog just has hundreds of millions’ more receptors lining the pathways of [its] nose than we do,” says Alexandra Horowitz, a dog cognition expert at Barnard College. . . . So you have an Olympic-size swimming pool full of water and then you have an identical pool full of water to which you add a teaspoon of sugar,” Horowitz says. “They can detect the difference. That smells different to them.”

The NPR story includes both an audio report and an article, both of which are fascinating.

One thought on “The Incredible Dog Nose as a Scientific Tool”