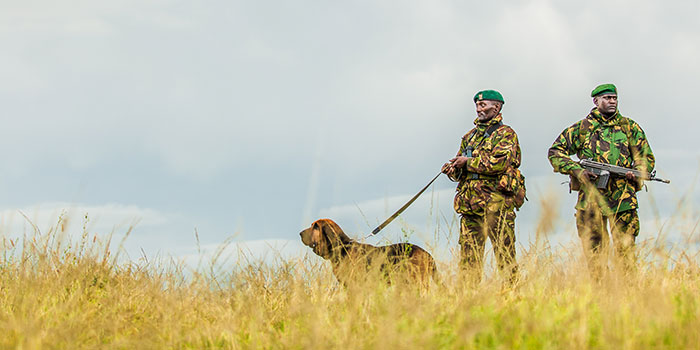 The tracker-dog program has saved the lives of countless animals on the refuge.
Photo by Marcus Westerberg

Lewa Wildlife Conservancy in northern Kenya is one of the last safe refuges for rhinos and elephants. These beloved species are constantly under threat from gruesome organized-crime rings that supply illegal rhino horn and ivory to an ever-growing Asian market.

Lewa is not immune to the plague of poaching and lost seven rhinos in 2012 and six in 2013. However, this record is better than most conservancies with high-densities of rhinos and elephants. Much is attributable to the fact that we’ve been doing this for more than three decades, a lot more than most conservancies. Another factor is our tracker dog team. 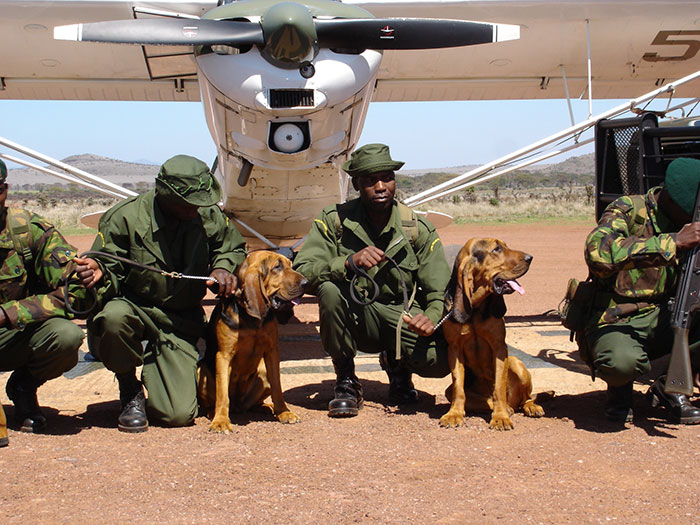 The dogs also do other security work around the country.
Photo courtesy Lewa Wildlife Conservancy

Since 1998, trained dogs patrolling Lewa have proved a strong deterrent to poachers. The first two dogs, Bonnie, a German Shepherd, and Murphy, a Yellow Labrador, were donated by the British Army and proved to be worth their weight in rhino horn when their noses led to the arrest and conviction of several poachers. Since Bonnie and Murphy retired, Lewa has continued to add new recruits to the K9 team. Most recently, Bloodhounds Tash and Toffee handed the reins over to Tipper and Tony.

The hounds are regularly spotted, noses down, dashing along the Lewa perimeter or responding to a call concerning an incident from the Kenyan police or the Kenya Wildlife Service. The K9 team, which currently comprises four handlers and two hounds, has developed an impressive reputation and is often called upon to help with incidents of insecurity or poaching across the country. Tipper and Tony think nothing of jumping on a government aircraft and flying whenever their finely honed skills are needed. 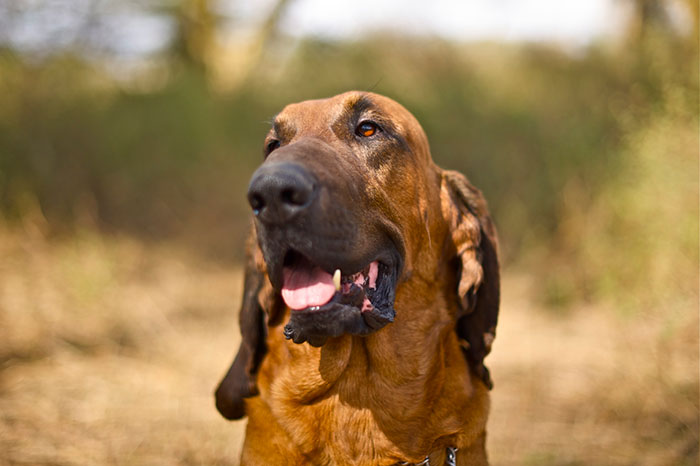 The nose of the Bloodhound makes the species perfect for tracking poachers.
Photo by Martin Buzora

Keeping the dogs sharp and fit requires constant coaching. Visitors come from around the world to stay at Lewa and experience the beautiful terrain and wildlife, and while they are there, they can also help with the dogs’ training. To make sure the animals never grow accustomed to following the same smell, guests help with the daily exercise.

To set the dog on the correct trail, a suspect’s (one lucky visitor) scent is gathered on fresh gauze, from a footprint, a piece of clothing, or any object the guest has handled. The guest is then escorted to another location on the conservancy where they hide – it can be a few meters or up to several miles away. After holding the gauze to the dog’s nose for a few seconds, the handler signals that the hunt is on. The dogs always find their mark and indicate the individual they’ve tracked by putting their paws on the “suspect’s” shoulders. 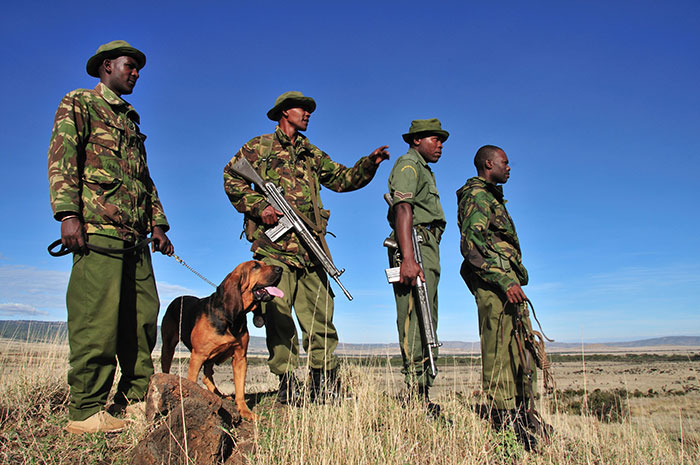 When not working, the dogs are friendly and loving, excited by any affection or biscuits that come their way. The moment their harnesses are on and it’s time to get to work, their efficiency is astonishing. They know what to do and don’t veer from their course until the job is complete.

Click here to learn about how you can visit Lewa and meet the dogs in person.